Thinking of holidaying in Ethiopia? You will most certainly find a plethora of food choices available to you. You may even wonder which ones to eat and which ones to avoid (if at all). Don’t sweat it, we’ll try to walk you through our choice of popular foods that you can find almost anywhere in the country.

When it comes to food, Ethiopians boast of their flat-bread locally known as Injera. Injera is everywhere. It is accompanied by different stews locally know as Wot. It is the Wot that varies from dish to dish, not the Injera. Most Ethiopians are members of the Ethiopian Orthodox with Muslims and Protestants following. As a result, their eating style is highly affected by their religious beliefs.

Fun-fact: you won’t find many restaurants that serve pork!

Ethiopia has different foods for different occasions and particular days, so it’s better to know the local timetable when ordering your meals.

Enough with the intro, let’s get started on the food:- Beware, you might get hungry!

Doro Wot literally translates to chicken stew. It requires a lot of ingredients to prepare it such as Wot berebere spice, cooking red onions and chicken among the common ones, as well as varying recipes. Doro is served only in certain restaurants as making it takes a lot of time and effort, so even Ethiopians mostly eat this Wot on religious holidays and special occasions. There are also other foods similar to how this might be prepared such as Key Wot and Minchet. 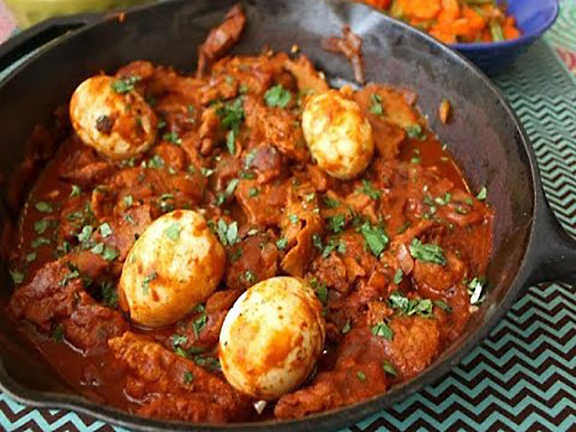 Kitfo is a raw lean ground beef that is served a lot in traditional Ethiopian restaurants especially those who represent the Gurage ethnics. It is common in the Southern part of Ethiopia, although you’ll find Addis Ababa also boasts serving Kitfo as a primary food in their dishes. This dish is usually accompanied by Mitmita, a hot, spicy kind of chili pepper. 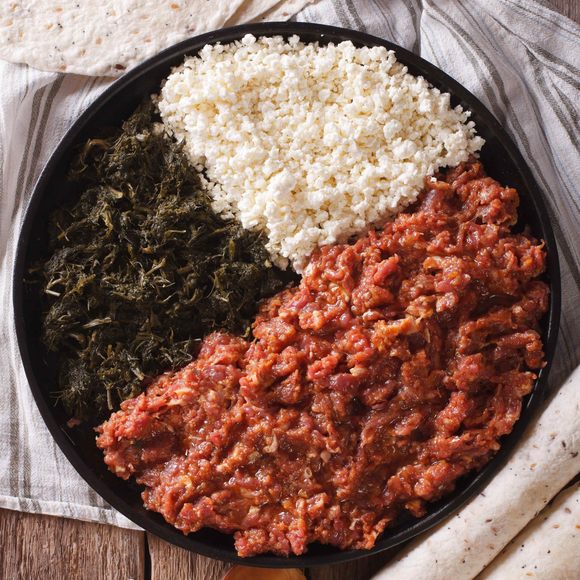 Mahberawi is a meat mixed plate with a variety of Wots that are all made from meat. Among these are Key Wot (beef stew), Tibs (beef or lamb cooked with butter), and Kitfo (ground beef). This food is recommended if you are eating in a group as this is served in one plate which is common among Ethiopians for social gatherings. 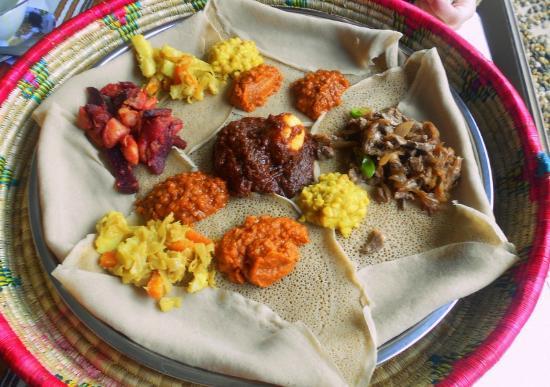 Shiro is a chickpea stew that is the most common and inexpensive Ethiopian food throughout the country. The reason for its popularity, besides being cheaper to prepare, is that it can be eaten while on a fast so it’s a perfect choice for vegetarians. You will find it as the primary Wot in Beyaynetu. 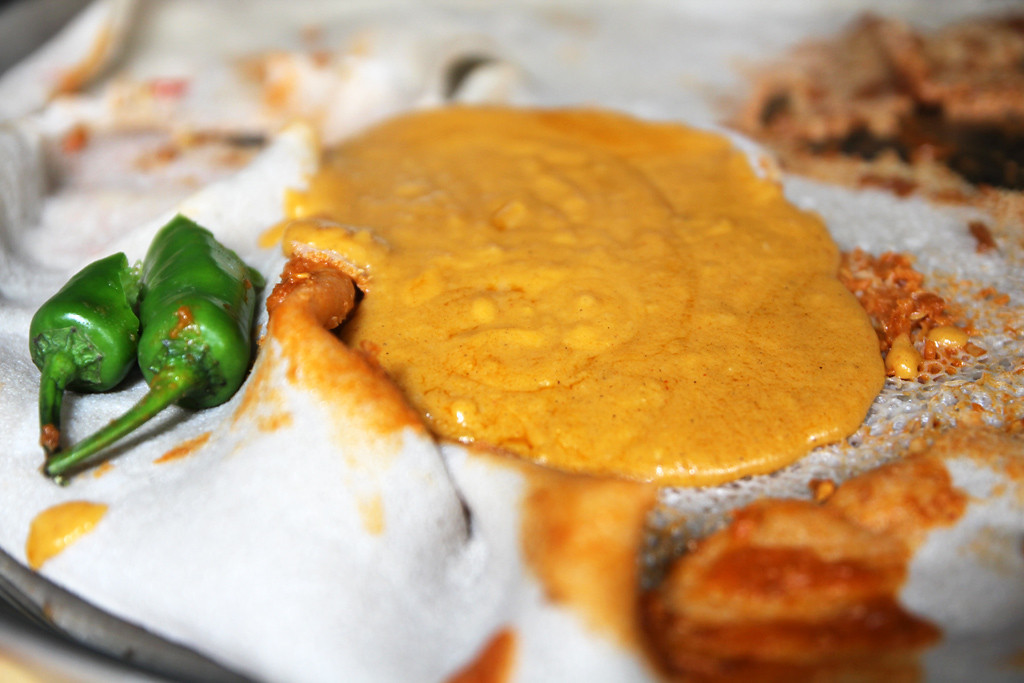