5 Reasons Zambia Deserves a Top Spot on your Bucket List

Traveling can be more exciting when it is done in an unexplored and underrated country. Zambia in Southern Africa has always been under the shadow of other countries both literally and figuratively. It was only in the 1960’s that Zambia became a country independent from the United Kingdom. However, the tourism industry along with many other things remained underdeveloped due to the threat of yellow fever and Ebola as well as the competitive marketing of tourism in the neighboring countries.
Following 2015, the promotion of tourism gained momentum through simplified visa-regulations. Today, the country has excellent tourism potential with its wildlife, abundant game reserves and natural wonders such as the Victoria Falls. The best part is, it is still much more affordable compared to its neighbors such as Botswana.
Here are five factors that prove Zambia’s worth as a potential destination for all types of travelers.

Zambia is probably the country where you can get the closest to the wildlife. South Luwanga, Kafue and Zambezi are the most popular in that regard. What makes them worth a visit is the climate change throughout the year which causes fluctuations in the water level of the rivers surrounding the parks. This results in vast migration flows of different animals throughout the year. Not only do you get to spot the Big Five, but you also get introduced to a large variety of birds, giraffes, zebras, hippos and cheetahs. 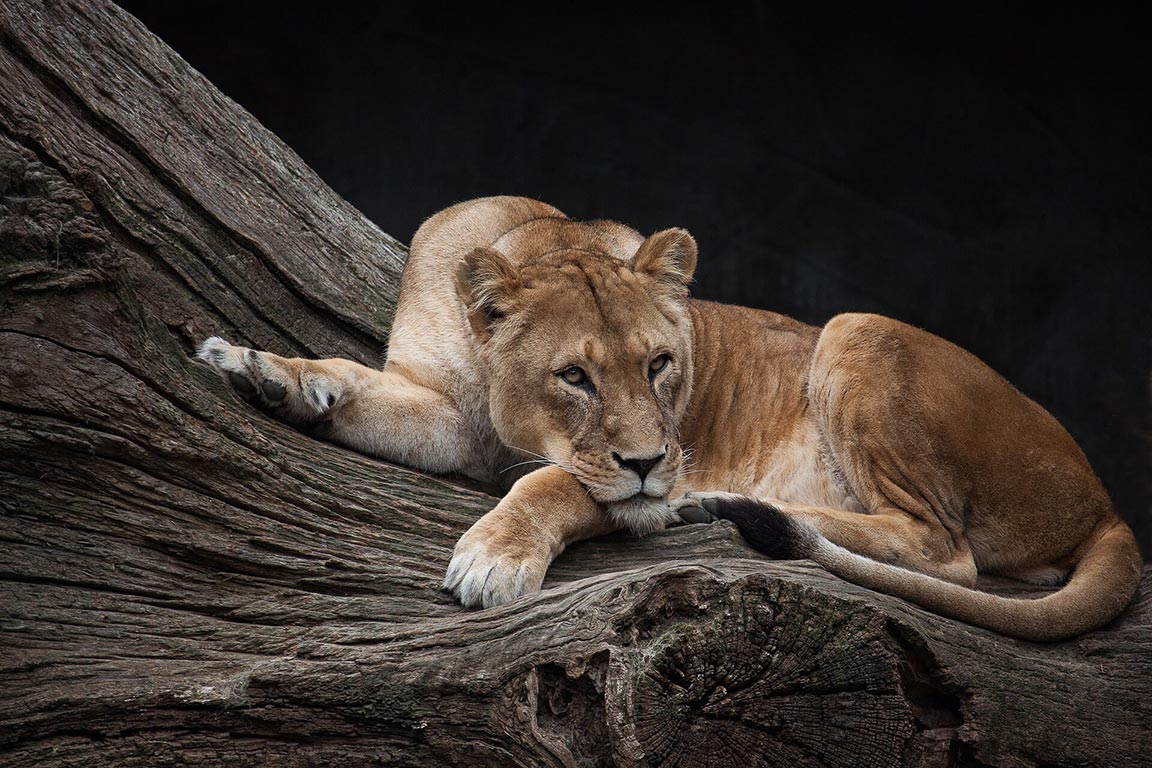 It gets better; many of the national parks in the area are suitable for walking safaris – a not-so-widespread-concept in other African countries – that enable you to get a much closer look at these animals. 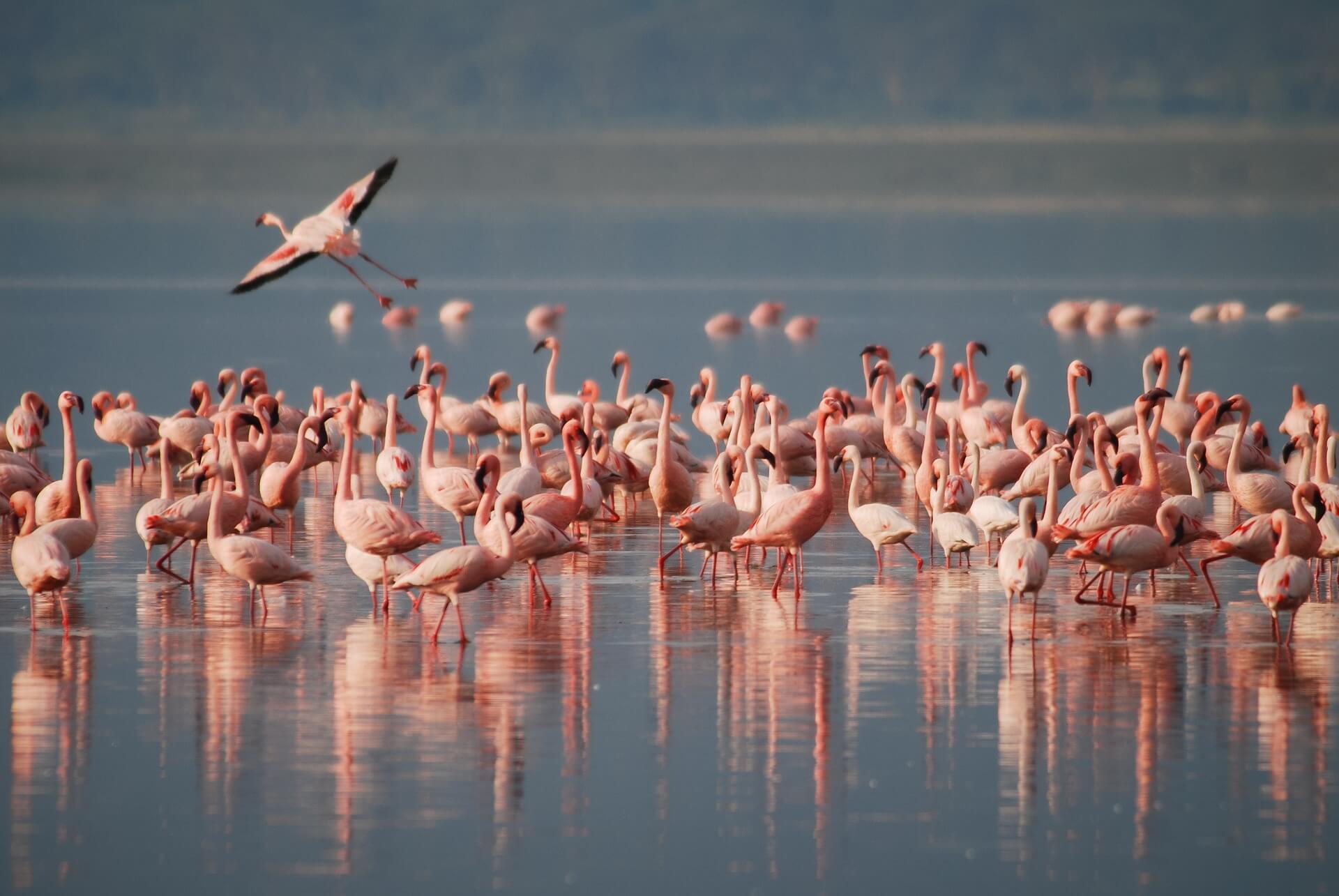 Although it sounds scary, the wisdom and knowledge of the safari guides will make you feel safe. The guides who partake in such walking safaris are the ones who have lived near these areas their entire lives.

Being near the center of Africa, Zambia has been the passing point for many tribes, races and nations. The first inhabitants were Khoisan, later came Bantu-language speaking groups via the Bantu expansion. The inevitable was, of course, the European settlement. Throughout the colonial period, the region was primarily governed by Britain. If you are into the cultural background of the country, you are lucky; because the remains of all these periods have been well-preserved. Today, Zambia is full of monuments and heritage sites.
Livingstone is particularly satisfactory in that regard. Livingstone Museum in the city displays actual journal entries and personal belongings of Scottish explorer David Livingstone.
Shiwa Ng’andu Country Estate is one of the greatest examples of British architecture in Southern Africa. Built and founded by British Aristocrat, Sir Stewart Gore-Brown, the mansion is now managed by his grandchildren who organize guided tours through the house. 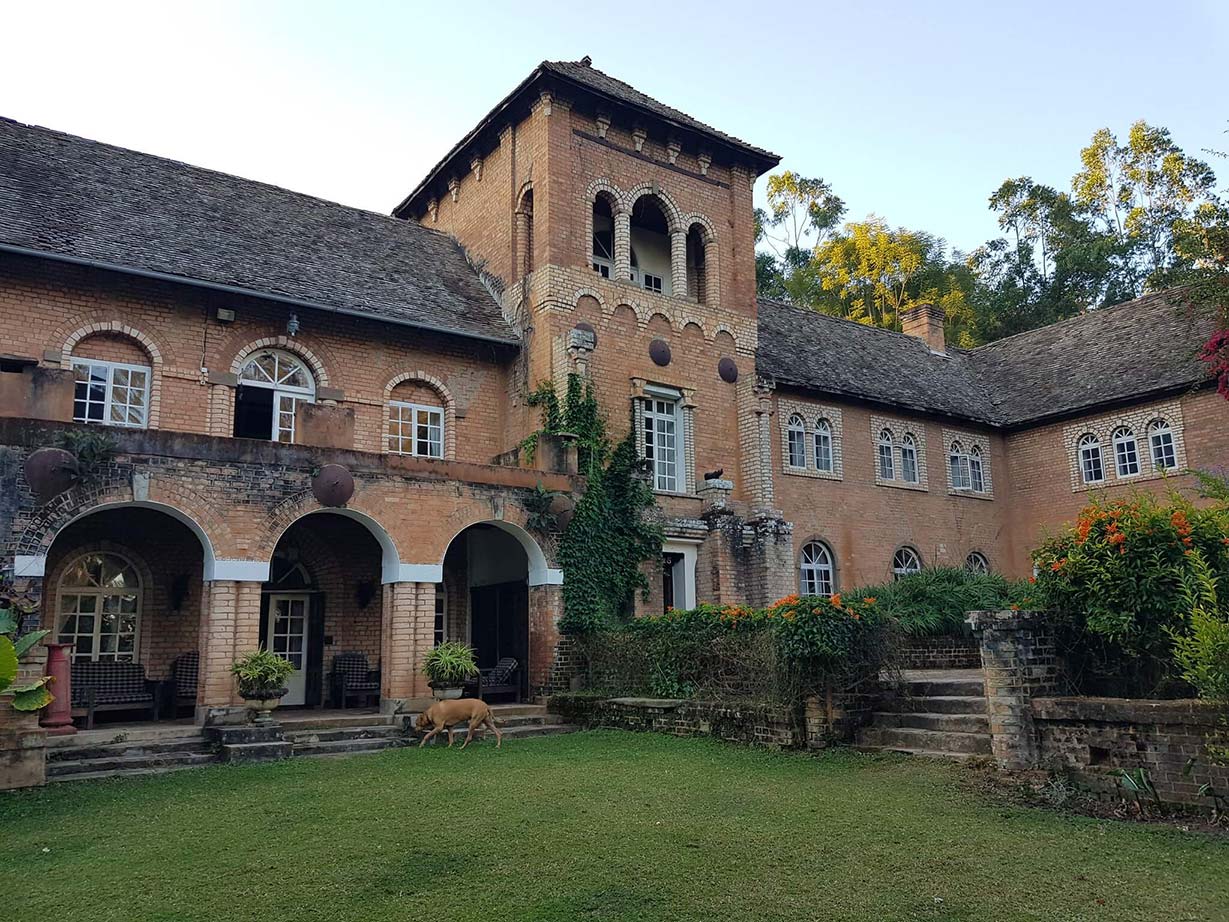 Image source: Flickr/James Blewett
Copperbelt Museum in Ngonda is another place worth a visit which focuses on the mining history of the country. Mining constitutes an important part of the history of Zambia, so this museum shouldn’t be skipped!

Magic of the Water

Even though Zambia is completely enclosed by land, the inland waterways have a great significance in the lives of Zambians. 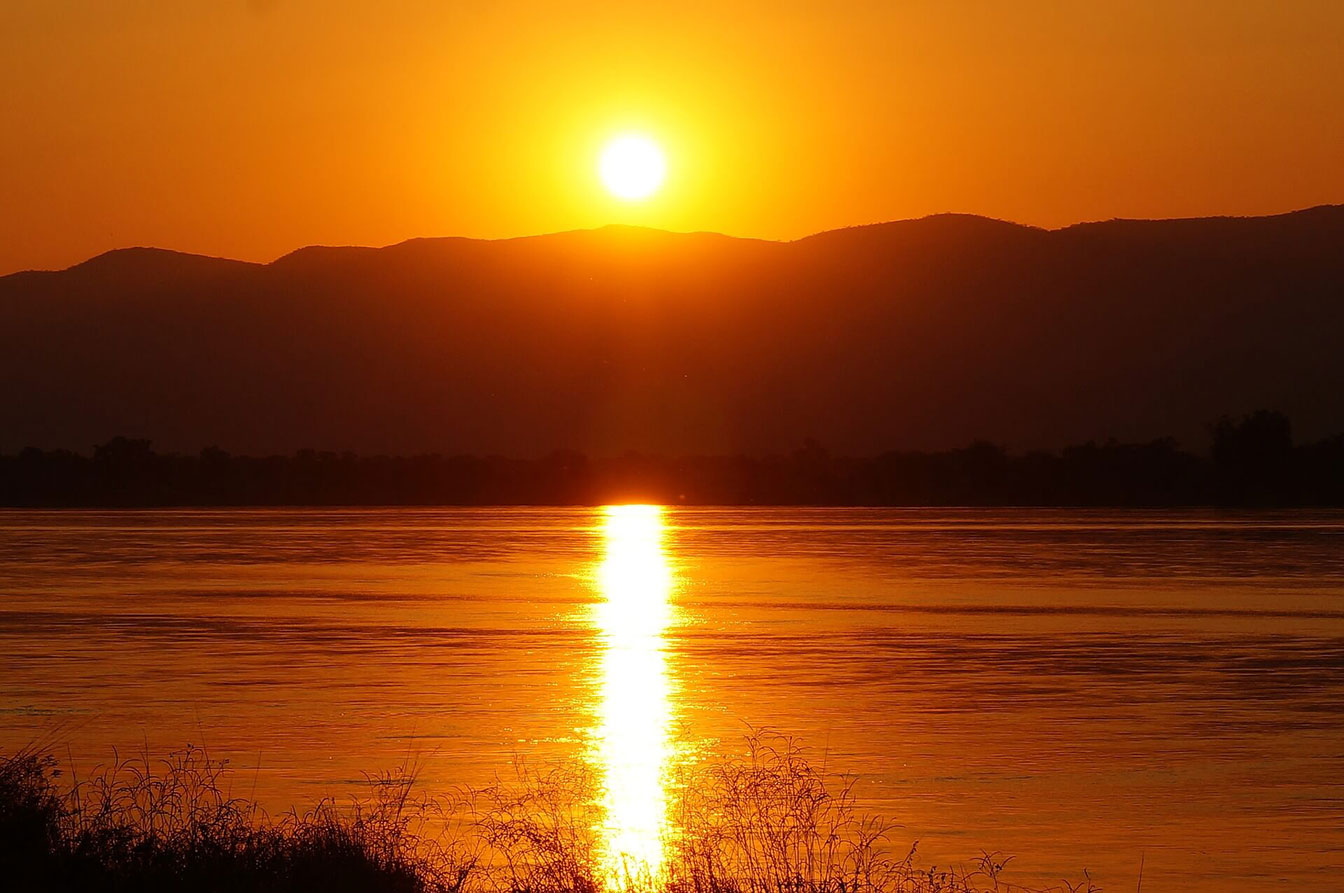 Did you know that the largest man-made lake is in Zambia? Lake Kariba was filled between 1958 and 1963. Today, it runs 223 km along the border between Zambia and Zimbabwe. The primary goal of the lake was to provide hydroelectricity, but it came with many side benefits.
For one thing, the flora and fauna diversity in the area thrived. The abundance of crocodiles, hippos and fish is a clear indication of this diversity. 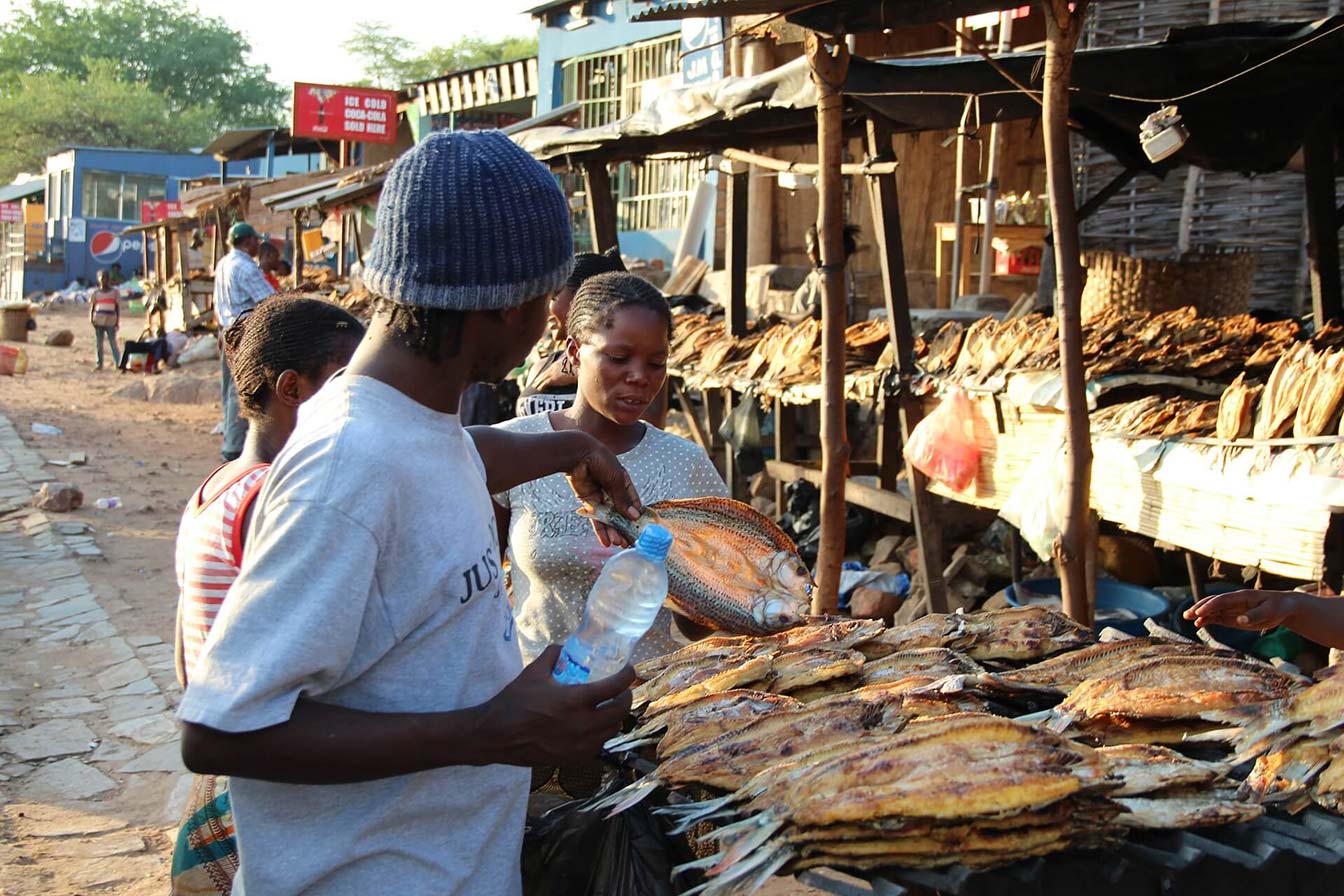 The lake also helped the growth of the tourism industry in the area and gave rise to many towns around the lake. The town of Siavonga is one of them and is referred to as the “Riviera of Zambia”. The town acquired this appearance ever since the affluent Zambian community and businessmen started building holiday homes in the area. Today, the town welcomes tourists from all over the world, offering excellent opportunities from water sports to yacht tourism, from game-fishing to boat tours. All these factors combined give the area a feeling of the French Riviera, although the accommodation is significantly cheaper to make it even more appealing.
Lake Kariba also witnesses the most exhilarating ceremony of the country and perhaps the entire Africa: Kuomboka. This festival takes place after the rainy season and is organized by the ethnic group of Lozi people who celebrate the movement of their king from his dry-land residence to his wet-land residence. The festival lasts about three days along the Zambezi River. During the festival, the king and his entourage are transported along the river accompanied by a hundred paddlers and royal drums echoing along the river. The festival takes place in March or April, so if you are in the country during that time, you are in great luck! 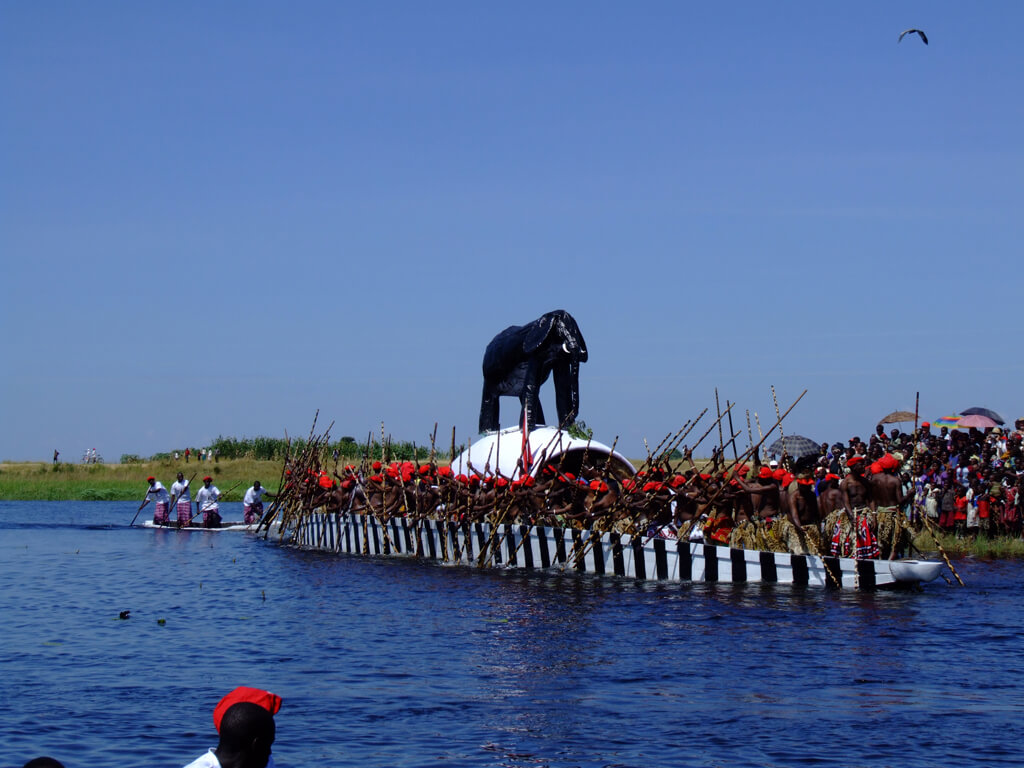 Volunteering tourism (a.k.a voluntourism) is fast-developing in many parts of the world, but there is still a high demand for volunteers in many African countries, including Zambia. If you are one of those who want to see other parts of the world and truly make an impact in the places you visit, Zambia should be on top of your list.
Medical resources are scarce, and the country still battles with diseases like AIDS, malaria and Ebola. If you have any qualification related to health-sciences, you can volunteer in rural villages. There are numerous ways of helping the community including giving talks about HIV, aiding at the medical clinics and helping care-givers with the disabled or elderly.
The educational system in Zambia still has many deficiencies, lack of resources and teachers. That’s why international teachers are sought after. If you have the necessary knowledge, skills and will-power, you can volunteer at rural schools alongside local teachers and teach English, Science and much more. 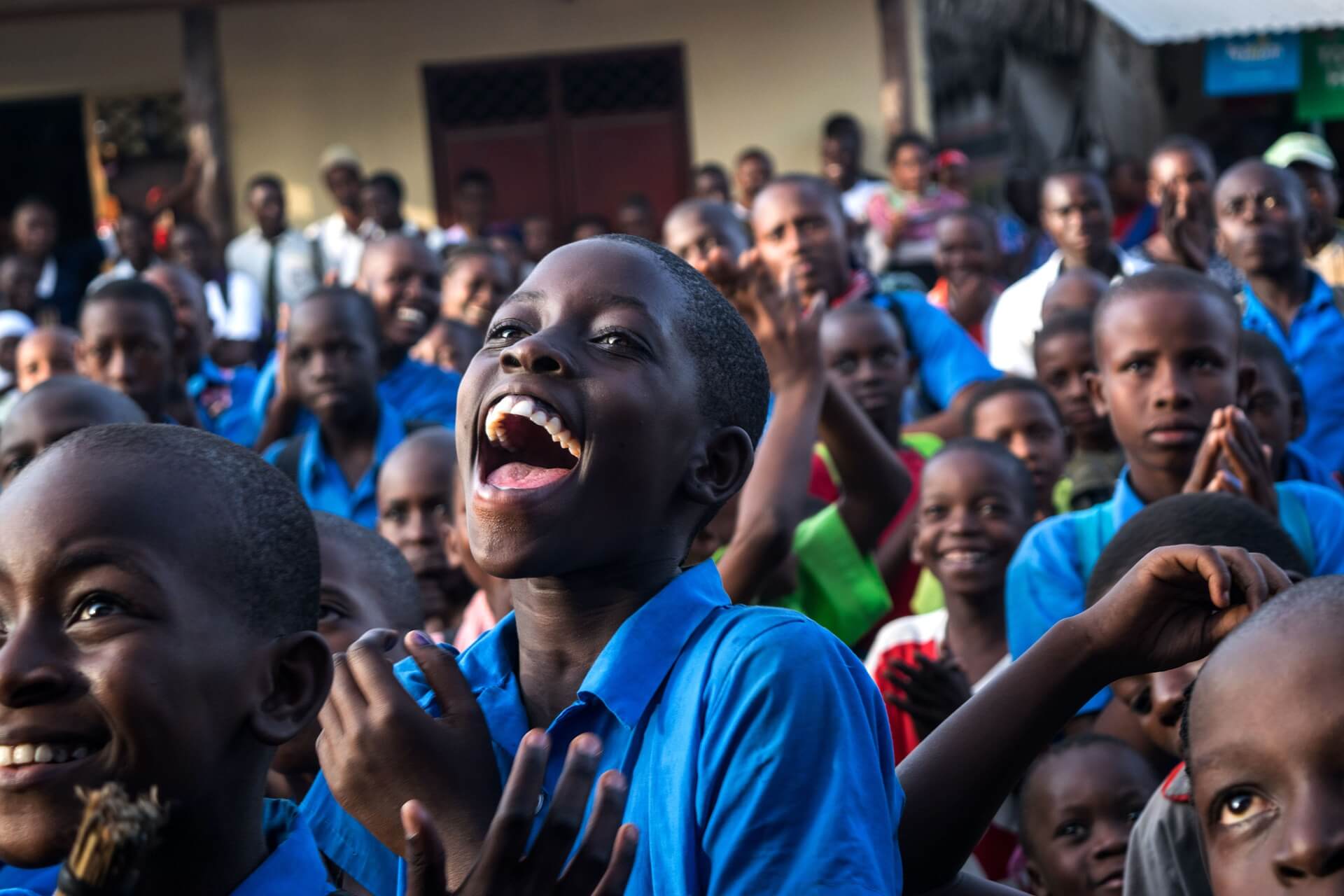 Wild-life conservation is very crucial in Zambia. There are many sanctuaries protecting the endangered species such as chimpanzees. You can volunteer at these facilities and help the staff with the care-giving of the animals. You can also take part in recycling and eco-bricking projects to bring awareness to the people in keeping the environment clean. Eco-bricking is particularly interesting, because you have a chance to witness how plastic litter can be recycled into bricks for local buildings.

An article about Zambia can never be complete without the mention of Victoria Falls. The magnificent waterfall is located in the town of Livingstone. Its local name is Mosi-oa-Tunya, which translates to “The Smoke That Thunders”. The Scottish explorer David Livingstone, who was the first European to see this waterfall, described it as follows: “No one can imagine the beauty of the view from anything witnessed in England. It had never been seen before by European eyes; but scenes so lovely must have been gazed upon by angels in their flight.” 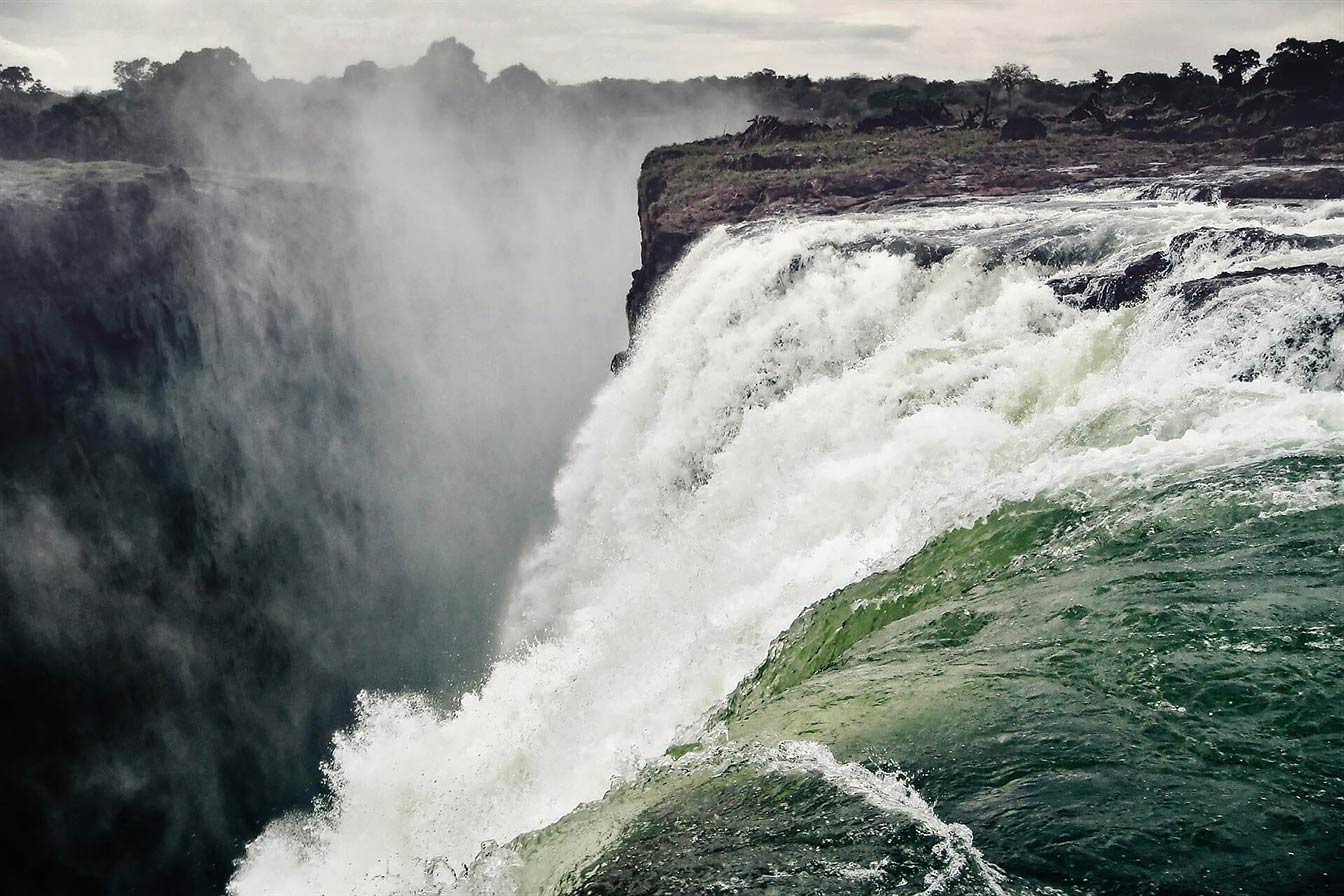 The view of the waterfall is a major attraction by itself. It can be done from both the Zimbabwean and the Zambian sides of the border. However, given the current political dispute in Zimbabwe, Zambia has become much more appealing to tourists. This natural wonder is open to tourists throughout the year, whether it’s the rainy or the dry season.
If you want to see the waterfall in full-flow, the best time to visit is between April and May corresponding to the end of the rain season and the beginning of the dry season. The water bed fills up completely by the end of March after months of heavy rain. It is difficult to get close to the waterfall because of the spray of water, but it is also a perfect opportunity to witness the misty atmosphere and the roar of the gushing water.
If you visit towards the end of August, the waterflow will be less and it will be possible to get closer to the waterfall. It is also the best time of the year for extreme sport activities such as bungee-jumping and rafting. 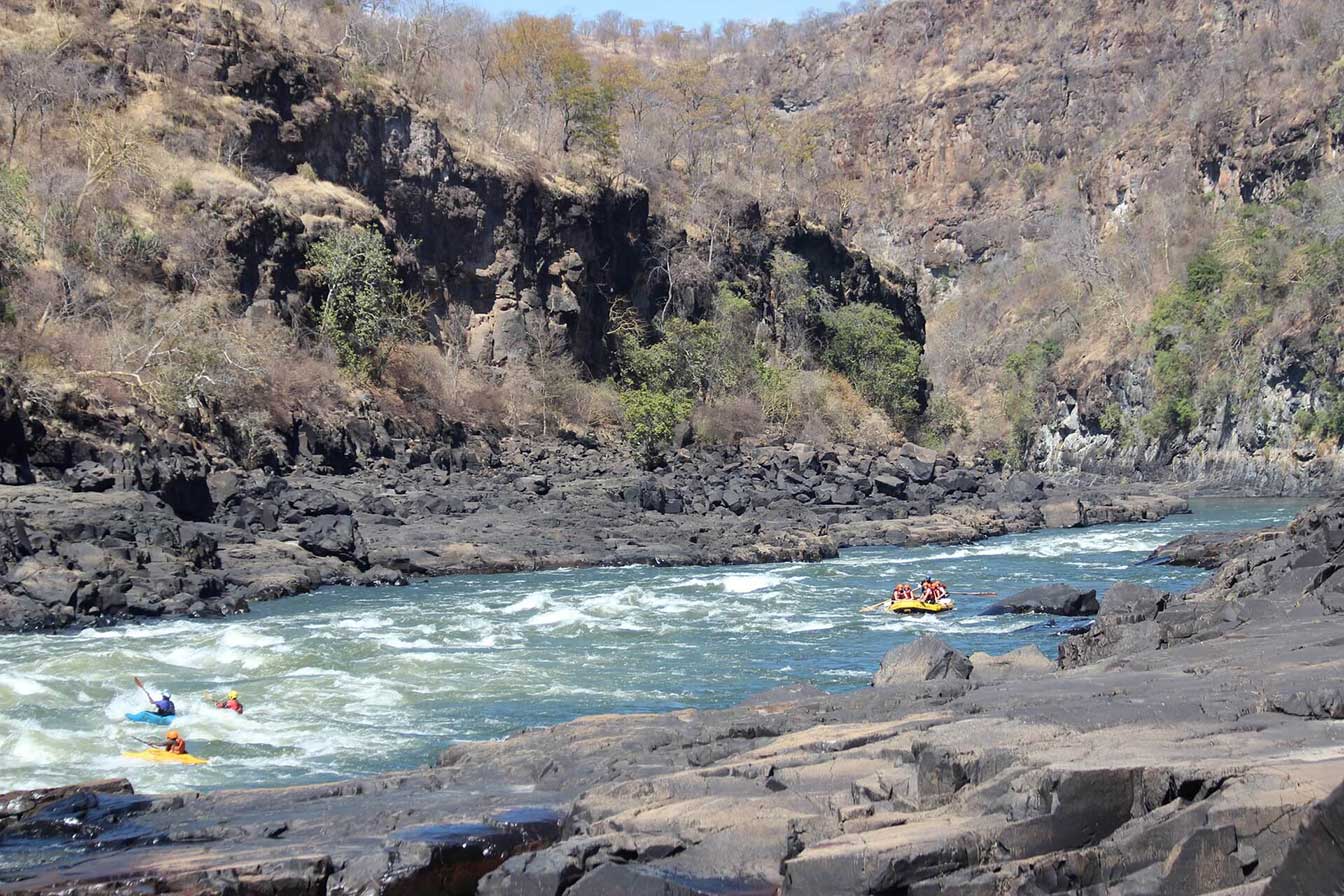 By November, the waterbed comes very close to drying up, so you can’t really see any water flow from afar. The best thing about visiting the falls this time of the year is that you will have a chance to swim at Devil’s Pool underneath the waterfalls. 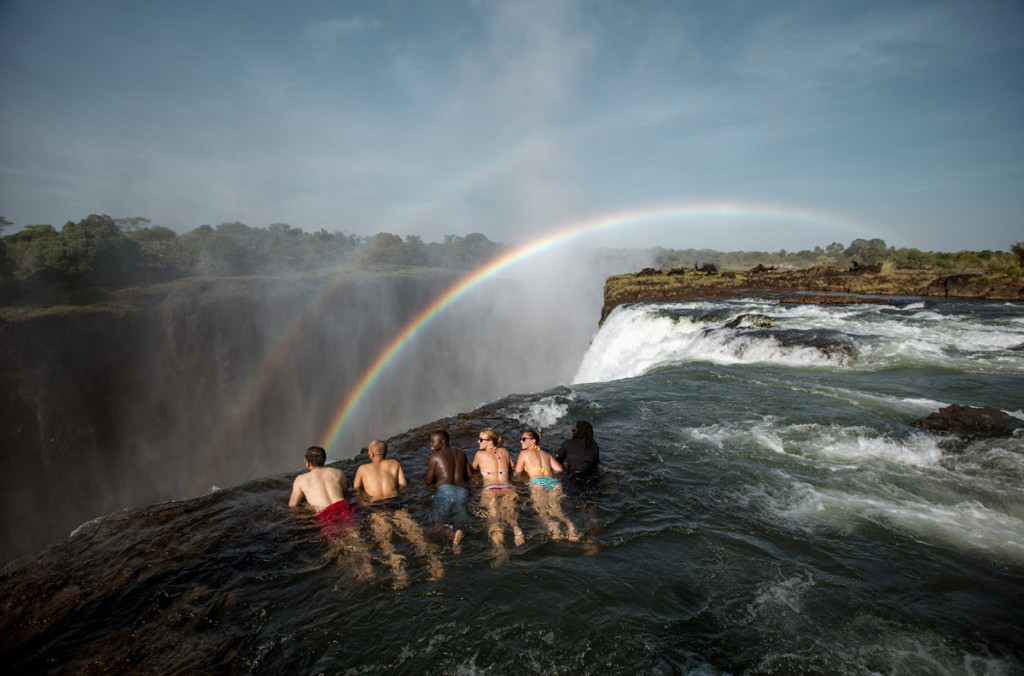