A Food Journey Through the Streets of Kenya

Kenya is one of the finest safari destinations with hordes of adventure-seeking travelers passing through the country every year. Other fun facts about Kenya are that its people are multicultural and multilingual and it has only two seasons throughout the year. When it comes to street food, Kenya is certainly a contender, and navigating the streets of Nairobi will definitely entertain your street food lust.

It is estimated that 2.5 billion people consume street foods in the world every day and in most cases, it is safe to do so in Kenya. With a variety of flavors at an affordable price, Kenyan street foods are as enjoyable as some high-class hotel dishes. So, if you happen to be in Kenya and the nearest restaurant is miles away, or you’re on a budget, we’ve got some suggestions for delicious street foods you can find roaming through Nairobi and other major cities.

Think of Smokie as a type of sausage that is served and usually used to make hotdogs. It comes with Kachumbari, a tomato sauce and a chilli sauce. This snack is kept in a warm place and you will find local vendors selling them around downtown Nairobi. 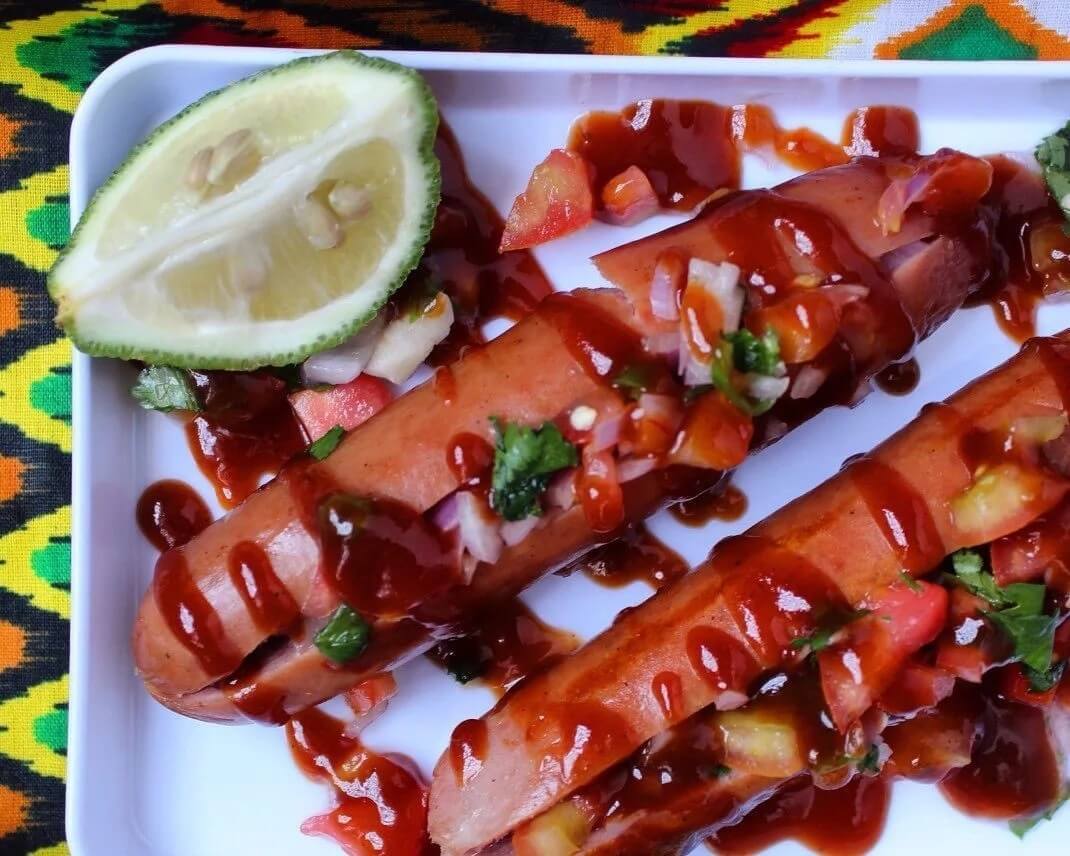 This is essentially roasted chicken and is usually served with fries. It is served mainly over the weekends and the locals believe it’s a great hangover cure after a good night’s drink session. 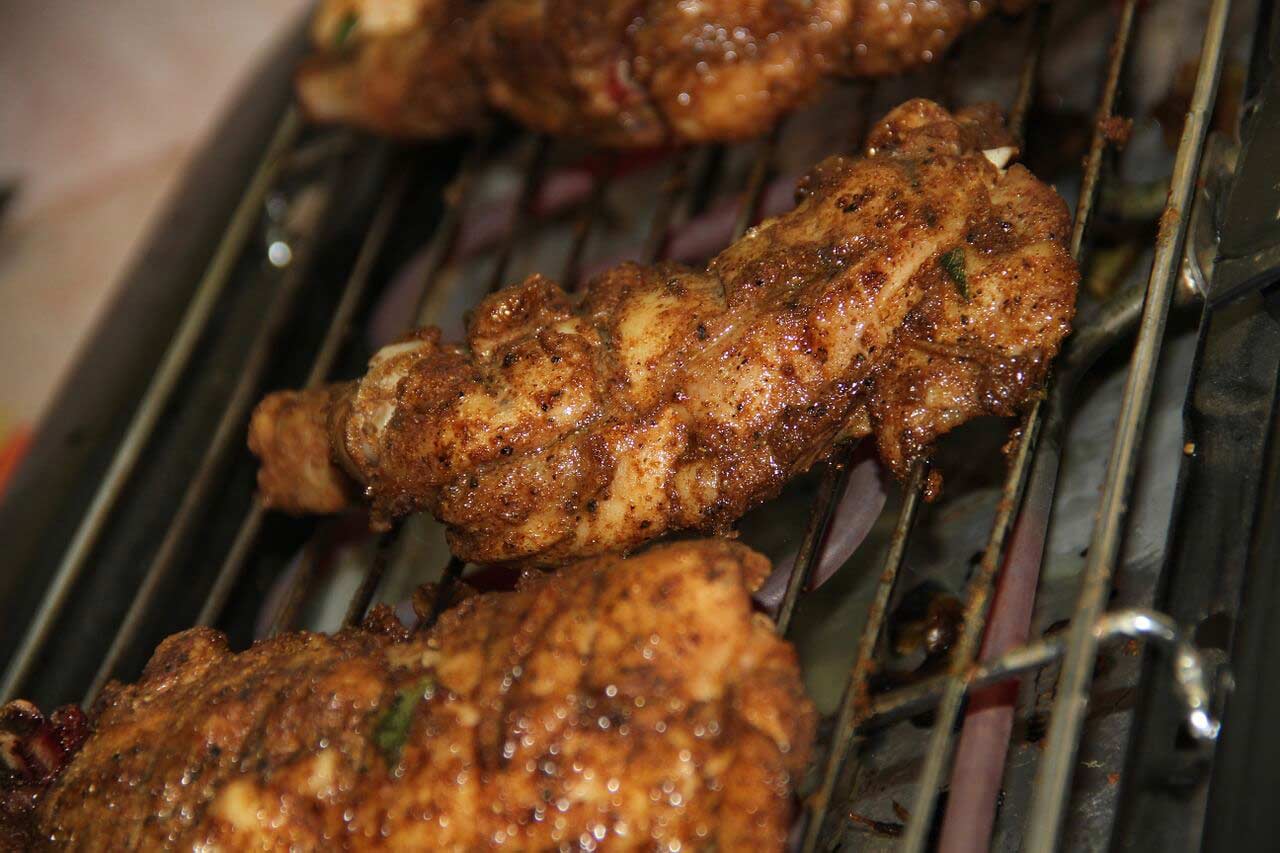 Mshikaki, originally comes from the Swahili people in the coastal part of Kenya but over time it spread across the country. Its main ingredients are pieces of beef, other meets or chicken, which is then grilled on a small barbecue. 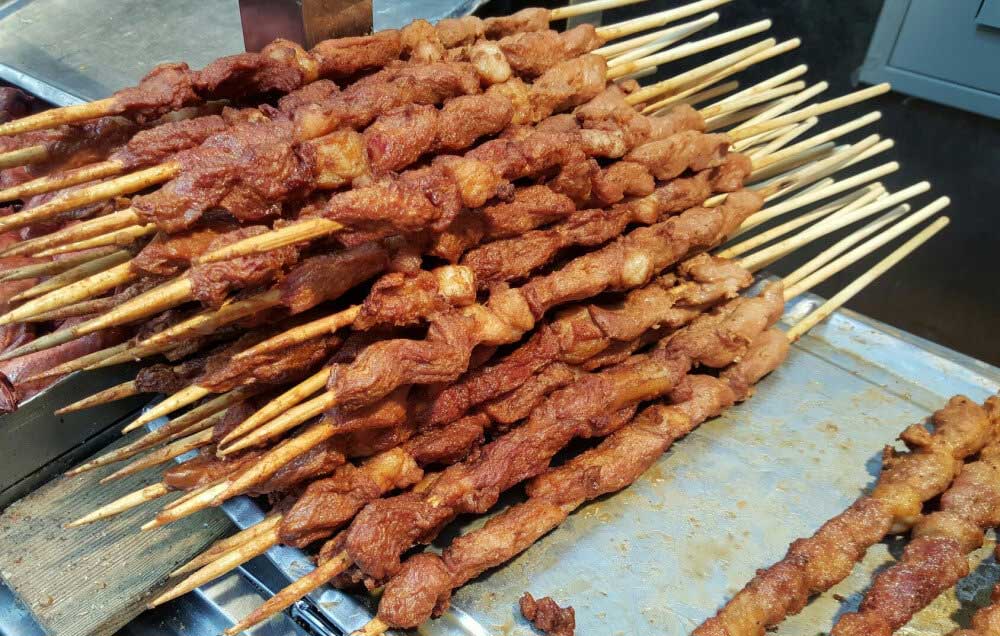 Sugarcane also called muwa in Swahili, is of course the most available street food in Kenya. The vendors carry machetes used for chopping and peeling the sugarcane. They may even sell you ready-made, peeled off sugarcane that is chunked into tiny bits and placed in a cup.

The fresh fruit salads that are sold on the streets of Nairobi are a mix of different fruits but together they are delicious. Some of these fruits are Papaya (locally called papai), Pineapple (nanasi), Bananas (ndizi), Watermelon (tikitiki maji), Mango (embe), and Avocado (parachichi). 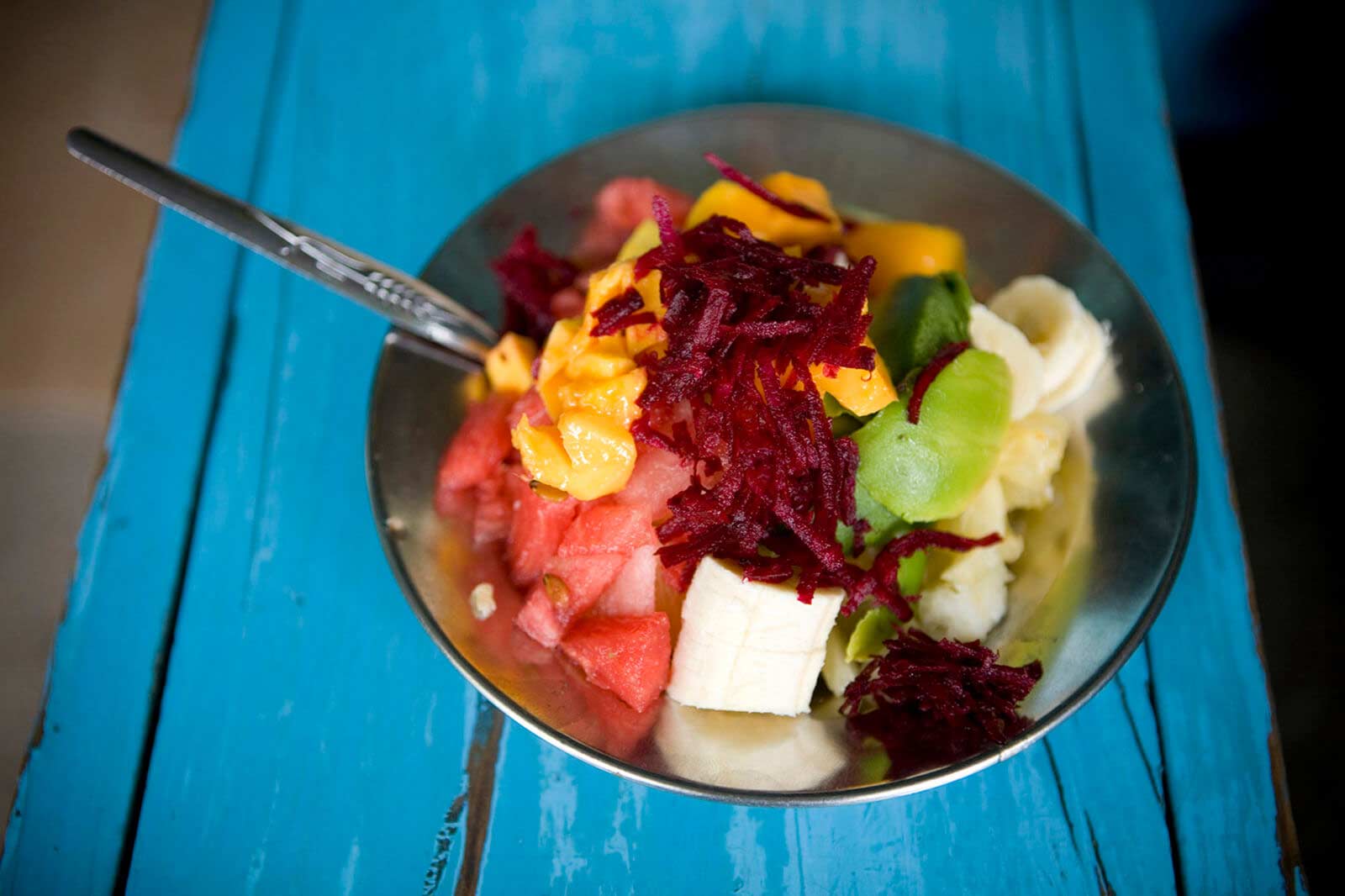 Another one of the common dishes on the streets of Kenya is Matura. It is made out of tripe (locally known as matumbo) which is then stuffed into grounded meat. Some people also like to boil animal blood and then grind it further instead of the meat. This dish is very similar to ‘Black Pudding’. 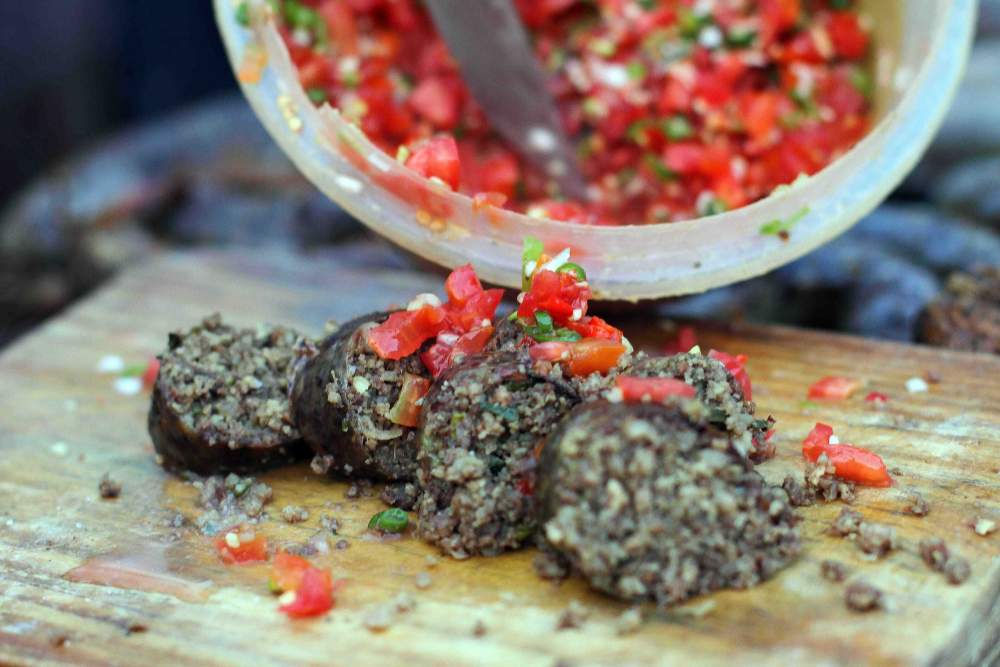 In Kenya, outdoor eating is sometimes referred to as Kibandas. The common varieties of dishes that are served are the ugali, chapatis and githeri and sometimes a stew is prepared, especially for those who do not want to eat the other three servings. This is the cheapest meal you will find on the streets of Nairobi. 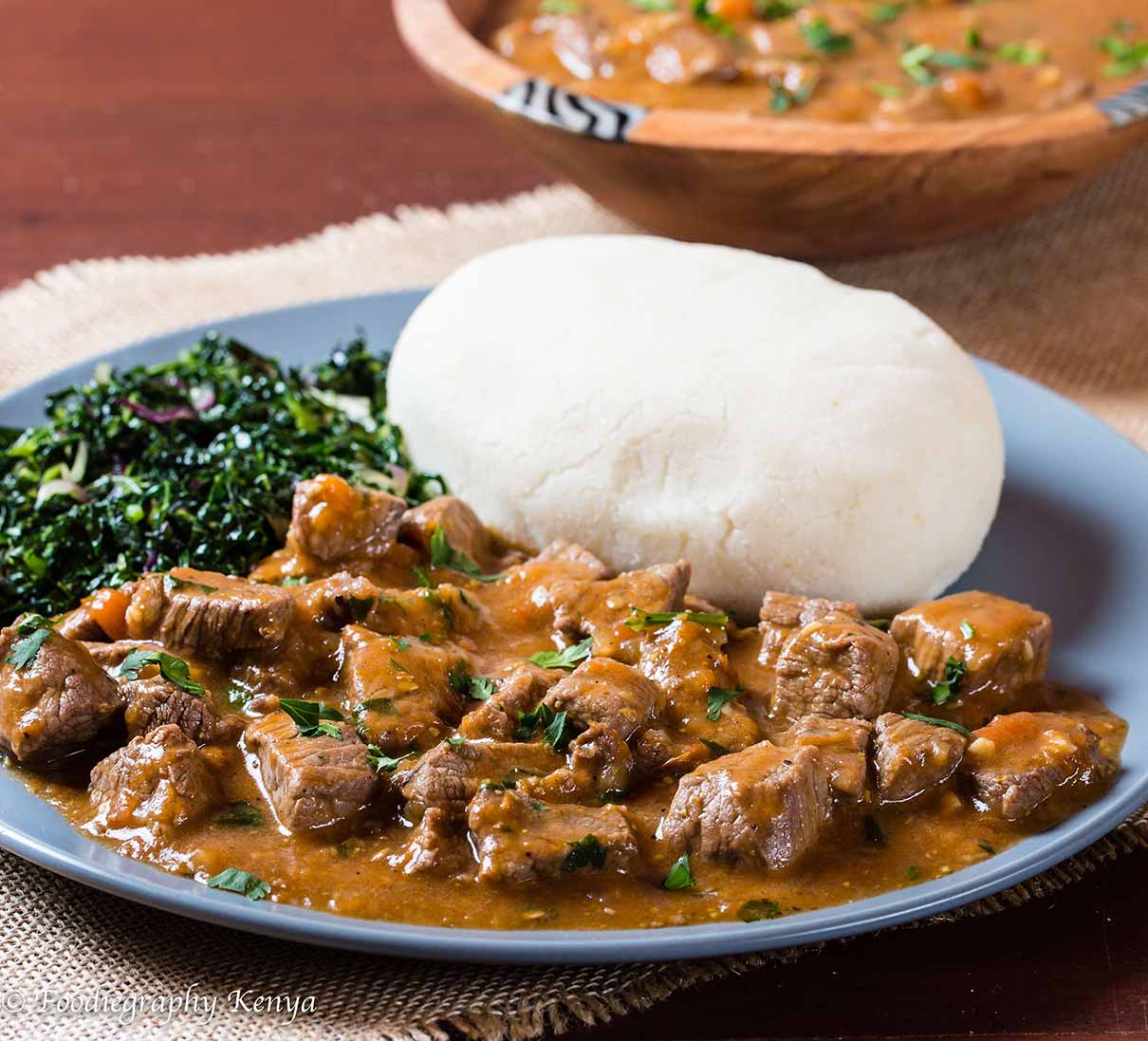 Viazi Karai is among the common and popular street foods in Kenya. It is made up of potato that is fried with some amount of chili powder, which may then be served with a stew. You will find it being sold on side roads and is also common in households. 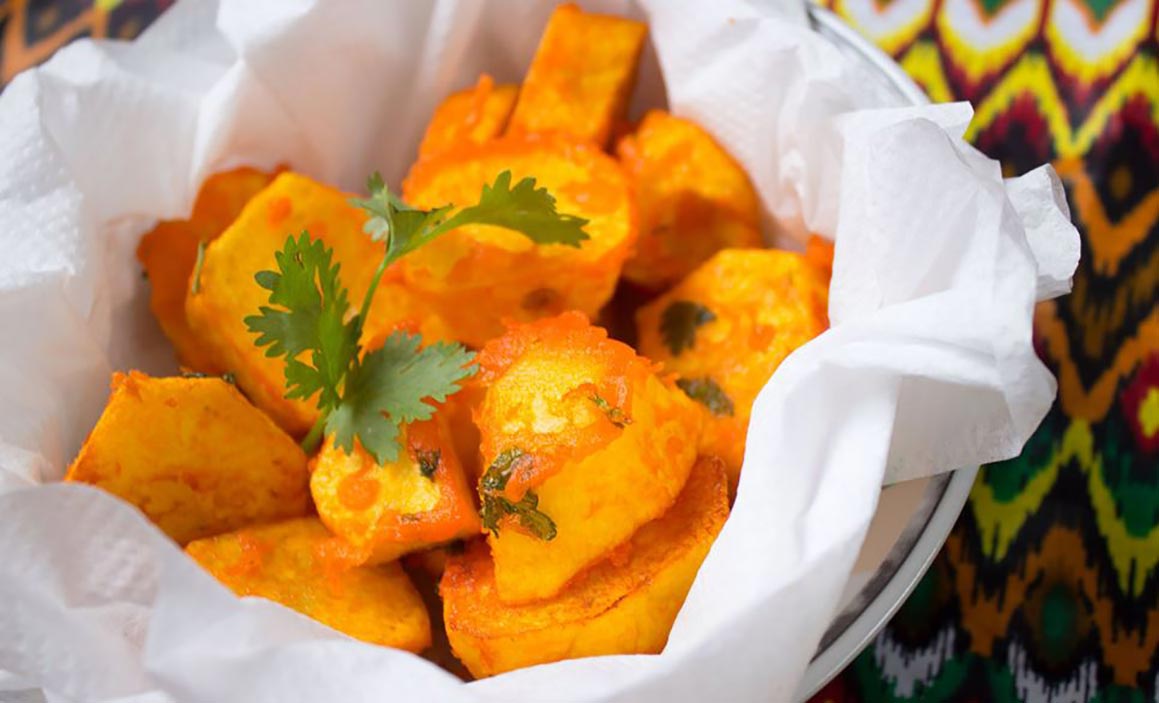