A lot of people ask me where they can find traditional South African food in Cape Town. To be honest, that is a tricky question. What would be the traditional food in a city so cosmopolitan you literally feel like it’s the 8th continent? On the other hand, it’s also a lucky situation since you get to try different local treats from a wide spectrum. Here are the most acclaimed and recommended restaurants you must visit for the sake of your stomach.

If you fancy the combination of upbeat African music, high quality barbeque meat and affordable prices, Mzoli’s is the ultimate option. When the owner Mzoli Ngcawuzele built the place in the township of Gugulethu in 2003, it was nothing but a butchery selling meat in a garage. Over the past few years, it became a popular destination for Capetownians and tourists. The place also hosts famous South African DJ’s on the weekends.
The variety of meat is enormous and you get to choose the ones you want grilled, then you take the meat to the kitchen where it’s grilled and marinated with traditional sauces and side dishes of your choice. Another plus is the affordable prices of the meat.
If you visit the place on a Sunday, be prepared for a heaving crowd. 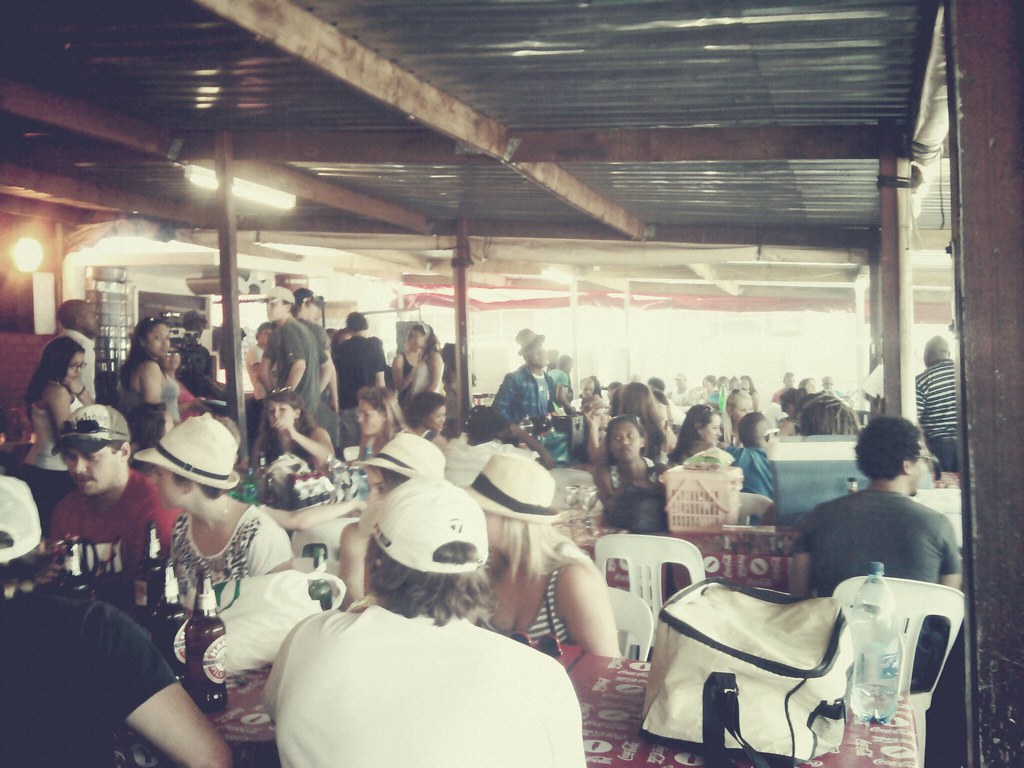 Ethiopian cuisine is very popular in Cape Town due to the people who migrated in the past. Timbuktu in Observatory is the most established and reputable of the Ethiopian restaurants. The place has a very authentic and quaint decoration adding to the Ethiopian feel. The food is served in such a traditional way that they don’t even provide cutlery. Their vegan plates were the highlight for me, in fact a solid proof that vegan food can be just as delicious. The place doesn’t serve alcohol; however, they do allow you to bring alcoholic beverages from outside. 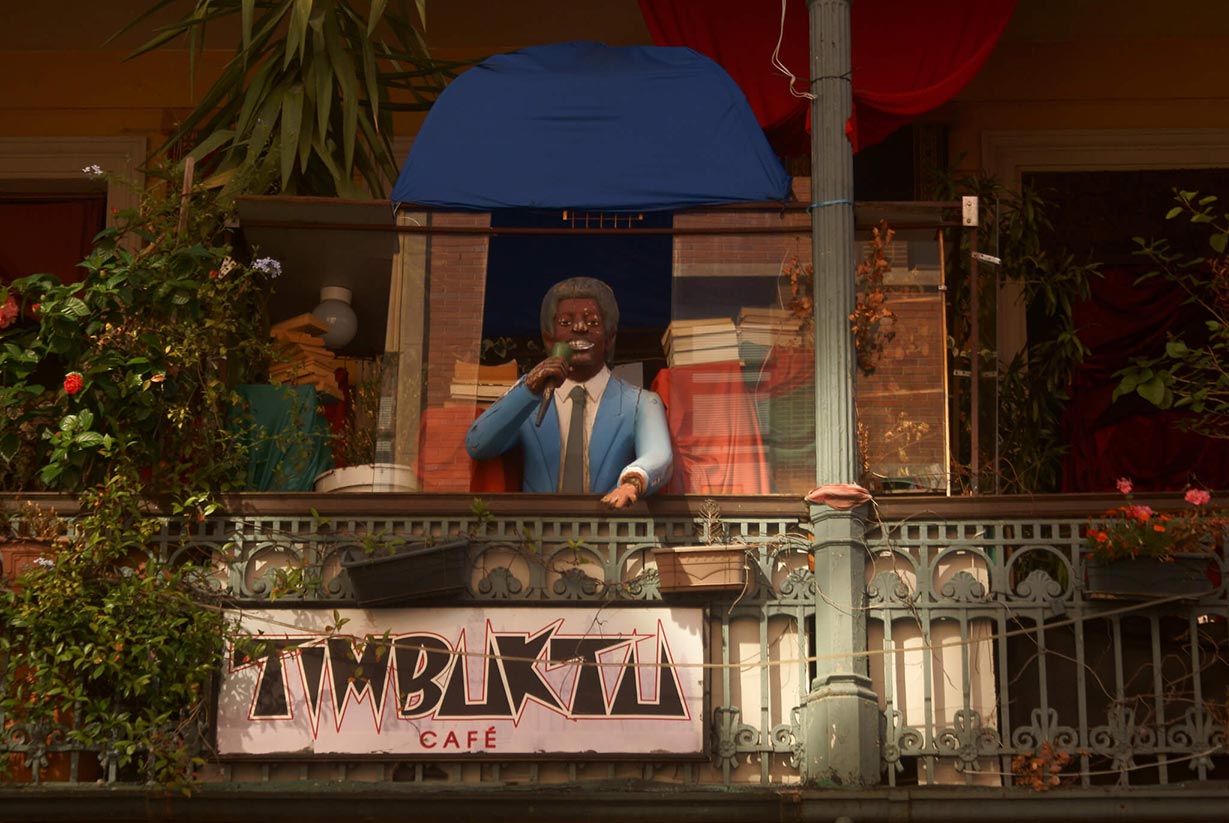 If you are a foodie seeking the best steak experience, Hussar Grill is the place to go. First opened in 1964 in Rondebosch, this restaurant specializes in grilled steak of many kinds. Later on, they opened new branches in many areas of the city including Camps Bay and Durbanville. The wide selection of steak dishes includes antelope and zebra meat. If you want more of the meat you have had, it is even possible to purchase vacuum packed versions of that meat for take-away. Another remarkable feature of the restaurant is that they don’t charge for corkage, so you can bring your wine from outside without having to pay extra. 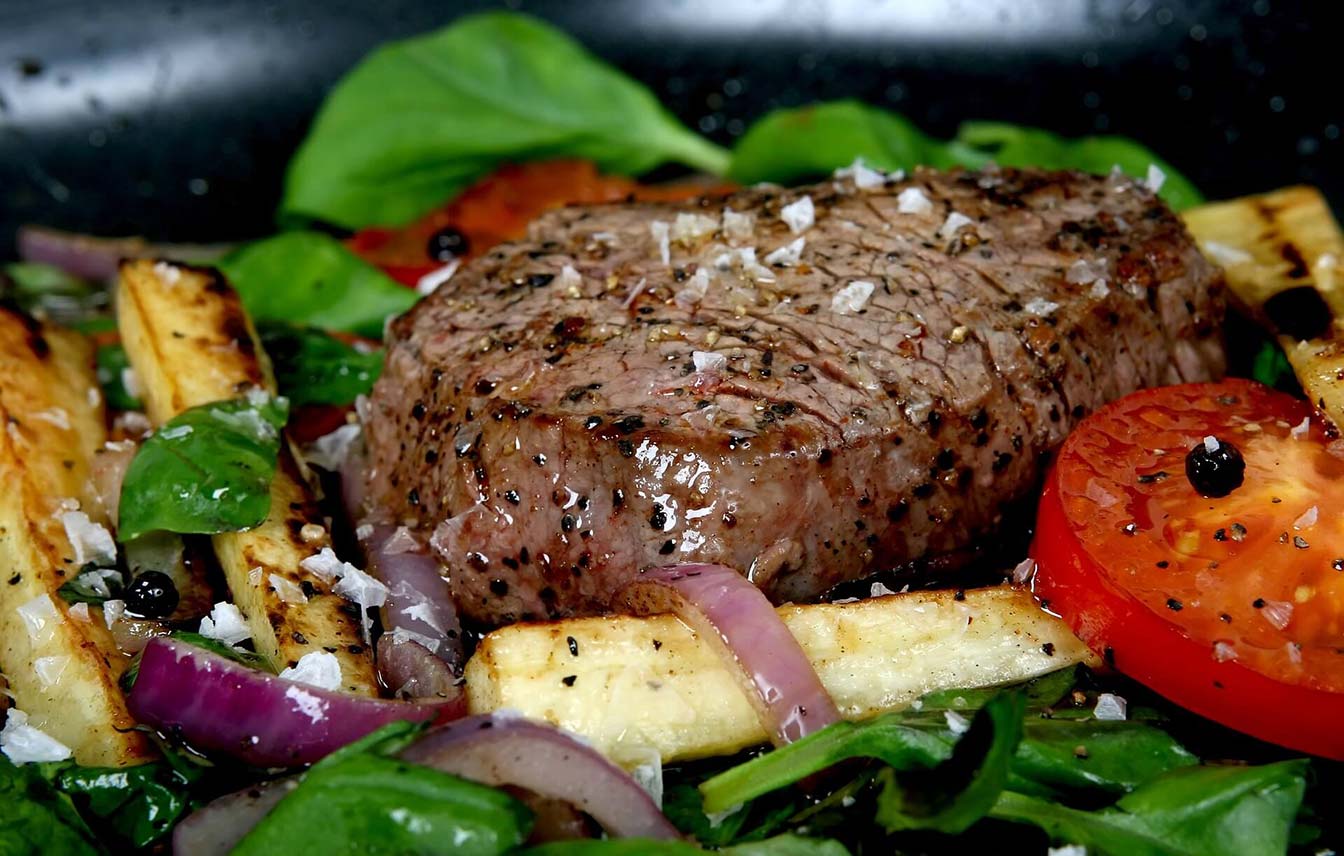 Although the restaurants on this list offer authentic tastes, they are not necessarily specific to Cape Town and you can probably try them in other cities in South Africa… except the Cape Malay food. Cape Malay people were originally brought from places like Malaysia and Indonesia as slaves during the Dutch settlement in Cape Peninsula. When their slavery came to an end, they had to come up with a way to become permanent and self-reliant in the area they were located. So, they developed their craft and cooking skills over time. The colorful district of Bo-Kaap still preserves the integrity of their cultural identity.
The restaurant Biesmiellah is a great example as one of the oldest restaurants built in Cape Town. The place looks like the stopover places with neon lights at the entrance that you would find dodgy. When you go inside, you are greeted with the friendliest staff and mouth-watering smells of Cape-Malay food. The menu is extensive, the portions are big and the main course always comes with many side dishes. If you like trying unique tastes, the distinct sweet & sour – sauced Cape Malay food will put your taste buds and stomach into a Roller Coaster. 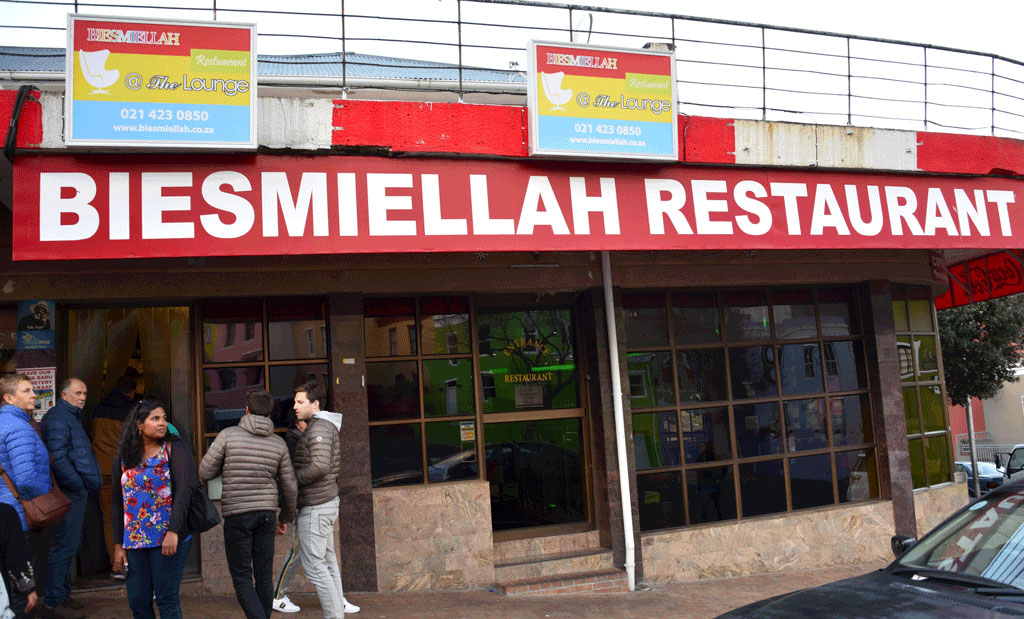 Image source: Story at every corner

Welcome to the real African experience right in the center of Cape Town! Established 1 year after the end of Apartheid, Mama Africa represents the democracy and solidarity of people from diverse backgrounds. The menu enables you to try steak meals that you had no idea existed. These include crocodile, springbok, ostrich and kudu meats. Besides the extraordinary steak options, the place stands out with the music performances that accompany the guests while they enjoy their meals. The stage hosts live performances every day at 8 pm, giving your ears a feast of African soul, jazz and Marimba music. 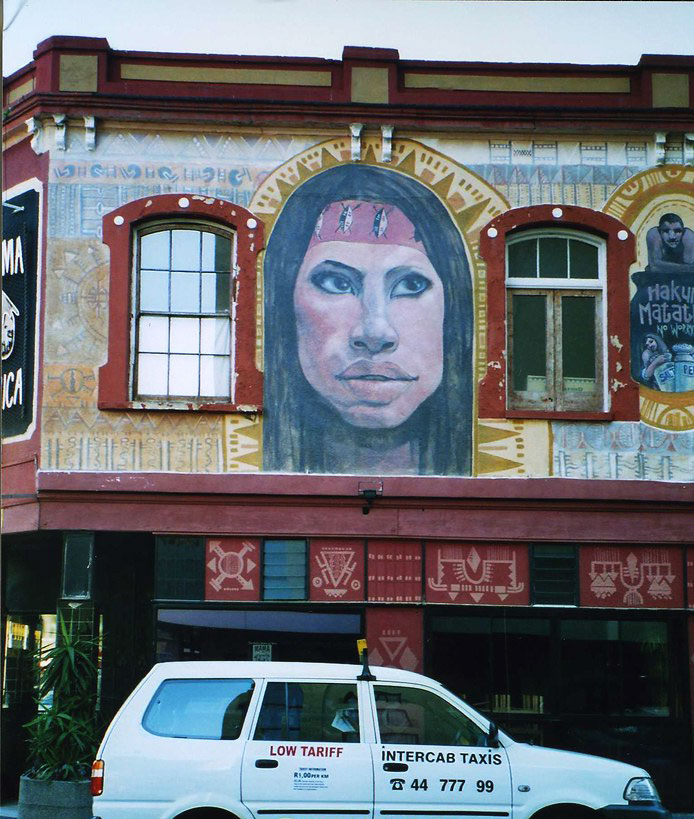 If you liked Mama Africa, here is an alternative. Marco, the head chef and owner of the restaurant is one of the first black restaurateurs of Cape Town. The place was established and fully licensed in 1997. The menu has a wide range of selections both from African and international cuisine. They are additionally specialized in Italian cuisine, especially pizza. There is an A La Carte menu as well as set menus which make it quicker and easier to order. Just like Mama Africa, the place offers live performances of Marimba and African Jazz. 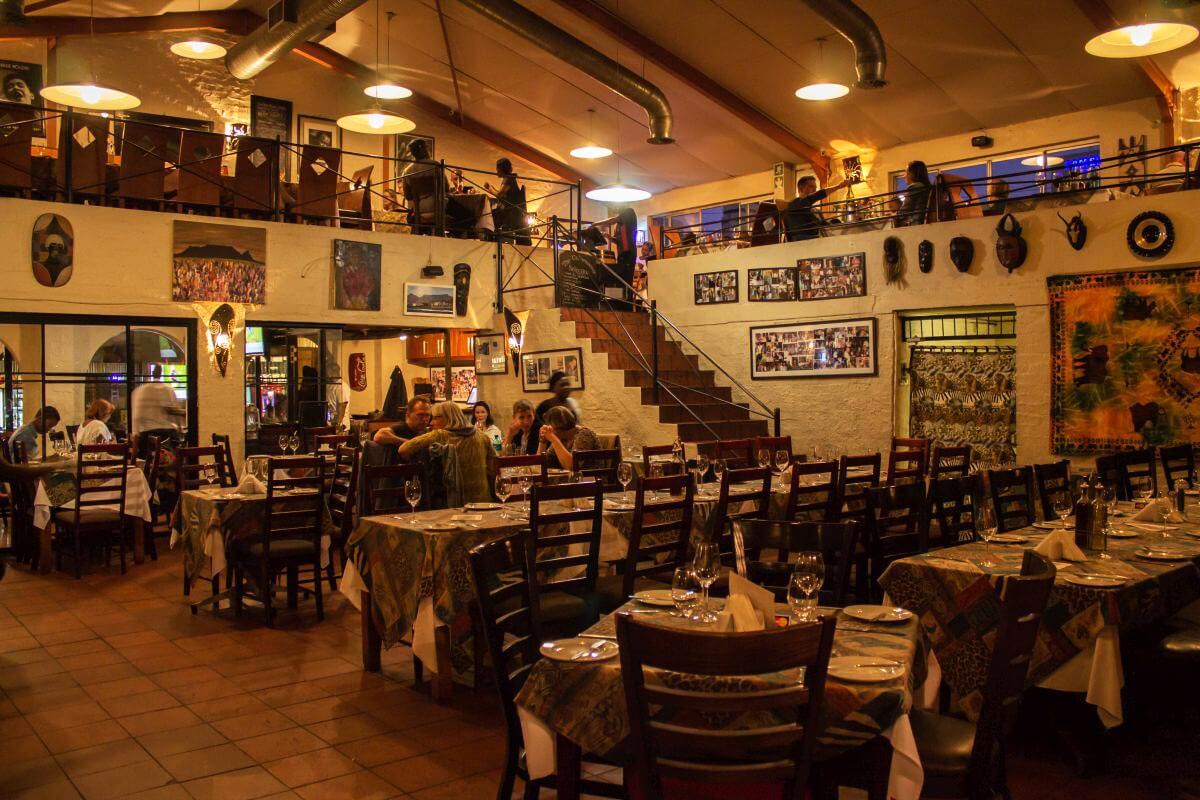 Silwood, one of the most prestigious culinary schools in the World is in Cape Town. Even with this given knowledge, you would be pleasantly surprised what a fine-dining heaven Cape Town is. The most prestigious and well-acclaimed fine dining restaurant of Africa is found in Old Biscuit Mill, Woodstock. The Chef, Luke Dale-Roberts was born in England and trained in various places on earth including England, Switzerland, Singapore, Malaysia and South Korea. His experience and creativity earned him and the restaurants many awards since 2010.
The restaurant is renowned for its 10 course Gourmand menus in which the selections are delicately made using elements of art and science. That, of course, will cost you 1800 Rand (even more if you decide to add tea or wine pairing into the mixture), but the chef and his staff will go to great lengths to ensure you get every Rand’s worth. 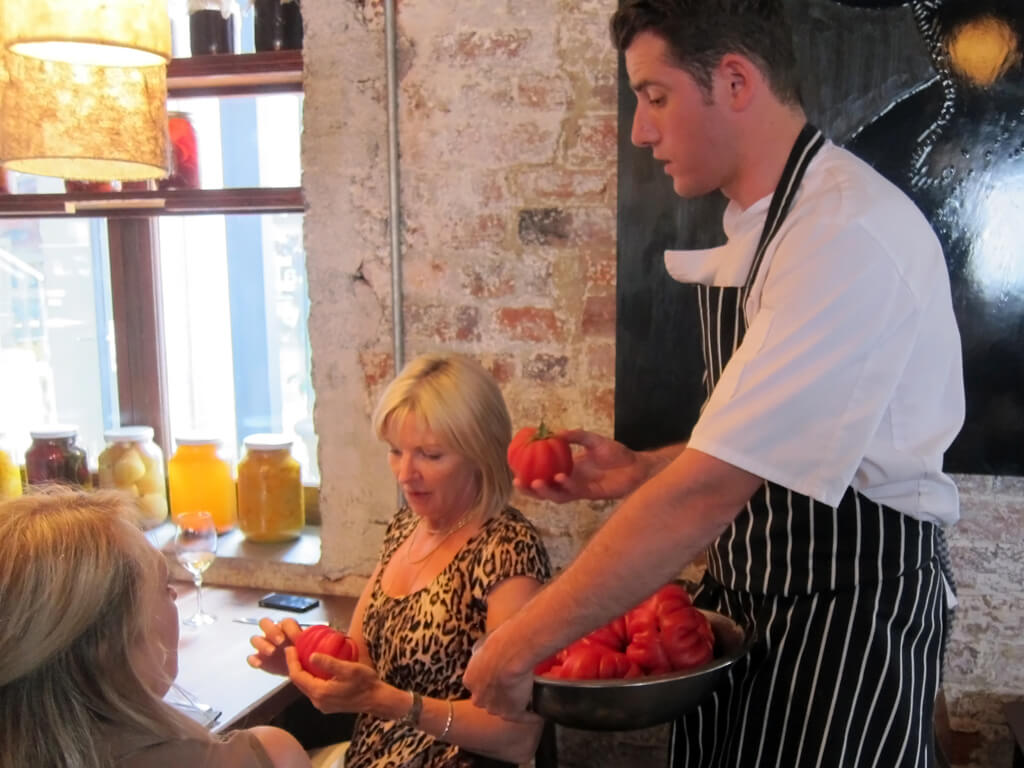 The 300 years-old wine farm of Constantia Groot is enough on its own to earn a spot for this restaurant in our list. Groot Constantia is the oldest winefarm in Cape Town and in fact where the wine production originated. However, this vast alley doesn’t only grow grapes, but also many kinds of vegetables and herbs. In Simon’s Restaurant at Groot Constantia you will taste the ripest, the freshest of ingredients as they are collected from the fields daily. Their menu even changes according to what’s harvested every season. Besides the seasonal tastes, they also have their all-time-classic burgers, fish&chips and deserts. Simon’s Restaurant is only 20 minutes away from the city center. 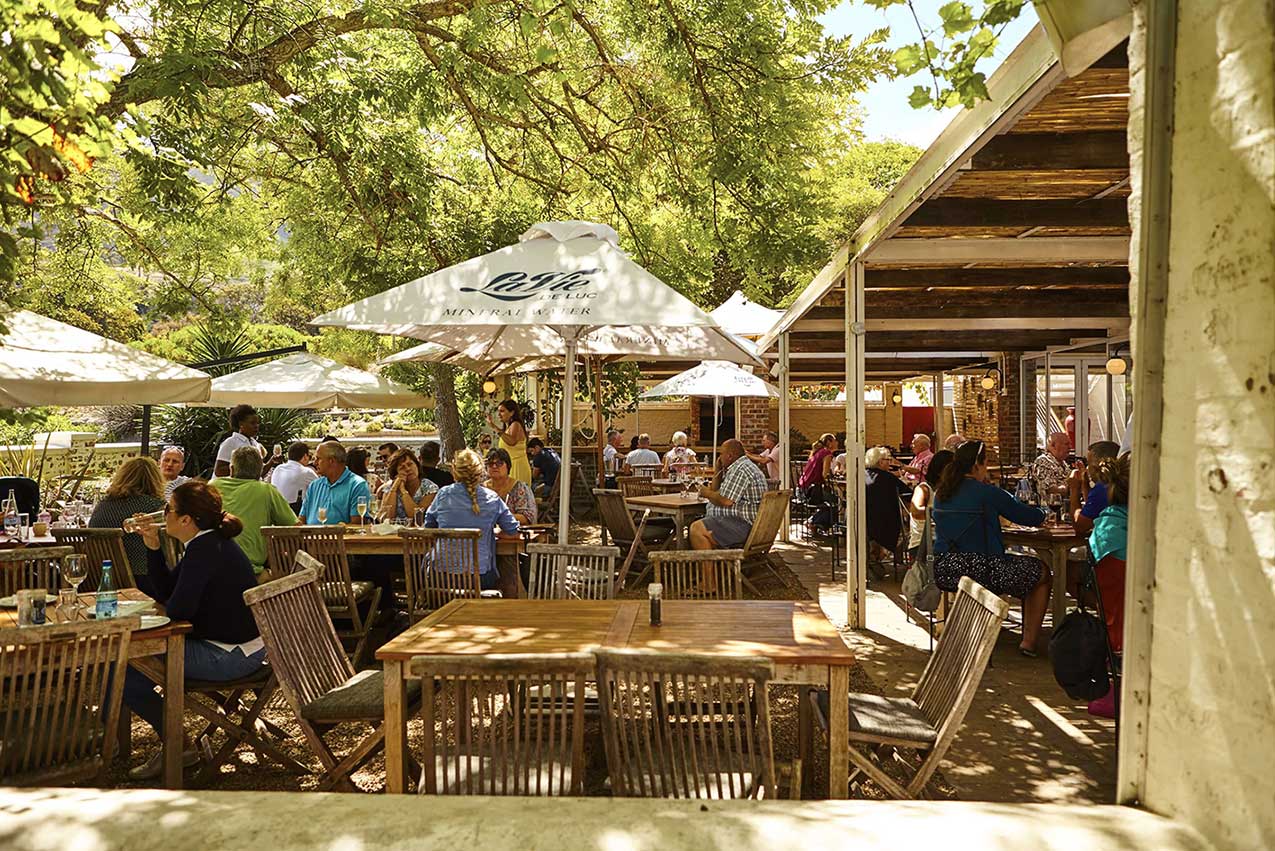 It is always hard to find a seafood restaurant where all the different types of fishes and other seafood don’t taste the same. Cafe Orca is the pearl of Cape Town’s Atlantic Coast, a restaurant specialized in offering the highest quality of seafood. Established 21 years ago in Melkbosstrand in the north of the city, this restaurant applies fine dining techniques on various seafood. Their seafood is freshly caught and almost immediately cooked. The menu has a diversity of options from prawn to mussel and calamari. The freshly caught Moroccan Line Fish is the highlight of the restaurant. The portions are so big that you hardly ever finish the whole meal in one go. 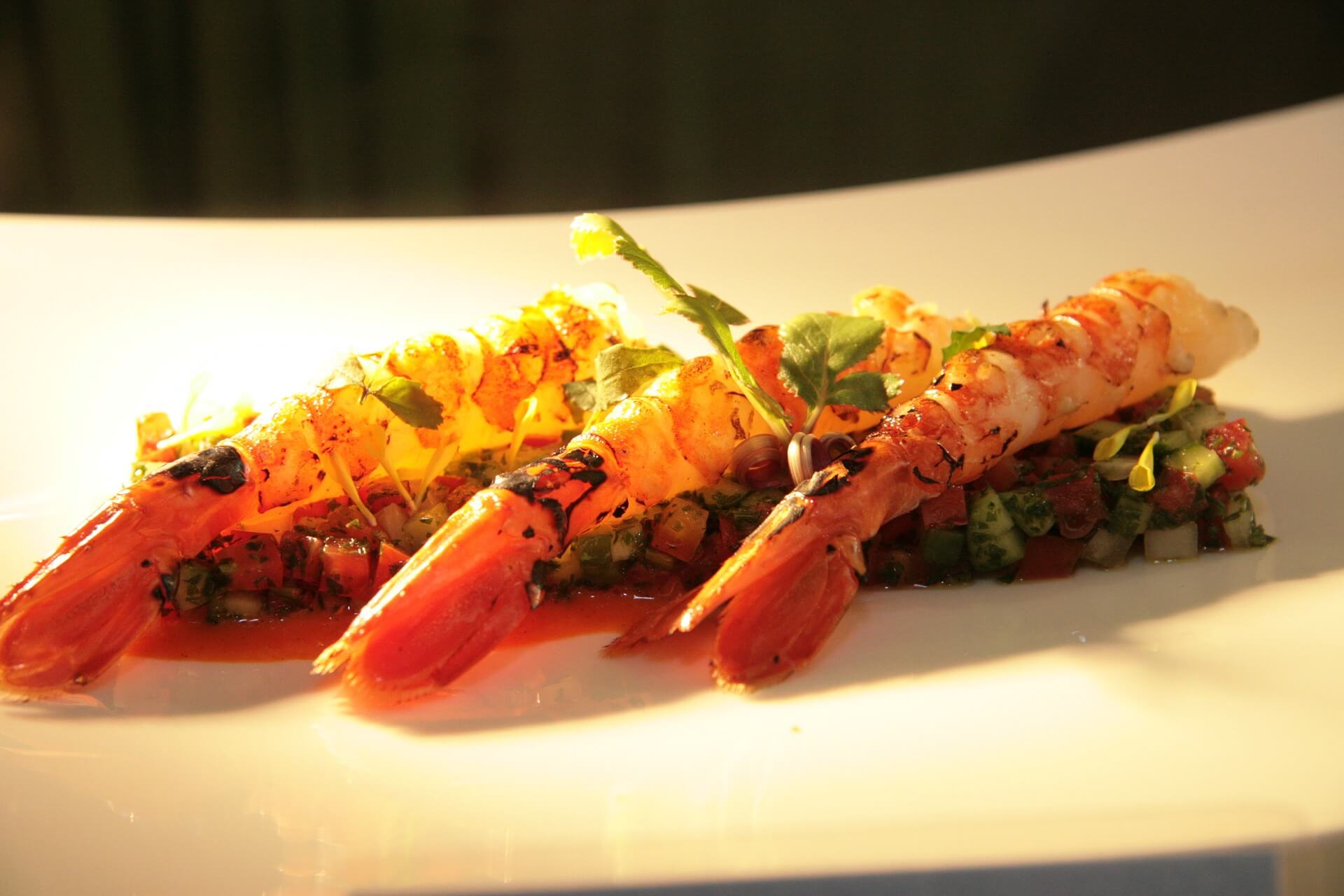 The name explains itself pretty much. This is the place to go if you want to find yourself at the heart of street food in Cape Town. Situated in the Cape Town City Bowl, this is as authentic as you can get because it is popular among the locals as well. The place has various sections including Cape Malay, Indian, Turkish, Middle Eastern and Chinese. The prices are unbelievably cheap for the portion of food you get and the quality. A proper meal such as butter chicken with rice, or a giant chicken rotti will cost you between 30 and 50 Rands. Portions are so big that many people end up packing them in containers as takeaway food for later.

Kirstenbosch Botanical Garden is probably the greenest area in Cape Town. If you combine a selection of the rarest indigenous plants with a unique African dining experience, you will get Moyo in your hands. Moyo is actually a restaurant chain that was first opened in Johannesburg in 1998 as a small restaurant. Today, it has a total of five branches in Durban, Johannesburg and Cape Town. From grills to sandwiches, from salads to seafood, everything is cooked according to traditional recipes from all regions of the continent. What makes Moyo special is that you don’t only go for the food but you also go for the entertainment. The place is available for catering events and functions where dancers with colorful costumes and fancy footwork will entertain you. They even demonstrate traditional ceremonies of African tribes such as face-painting, so prepare yourself for that! 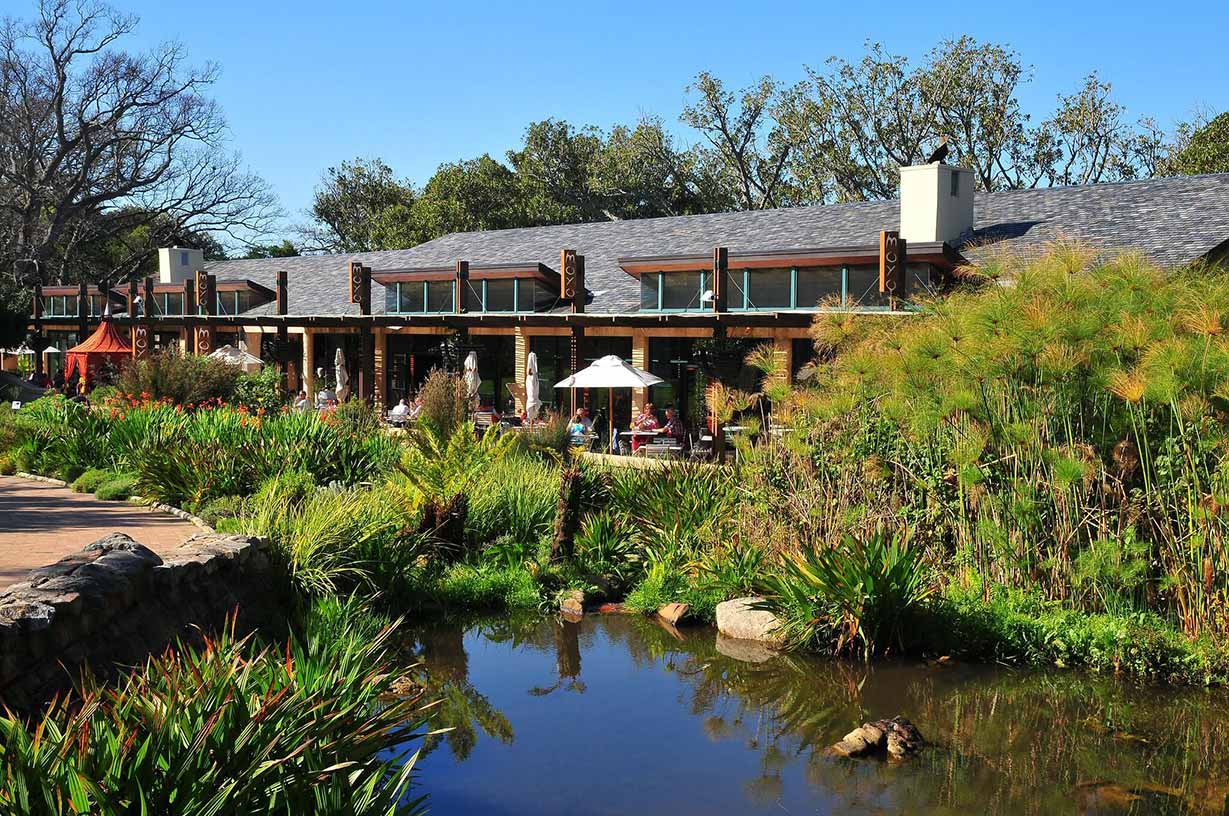 Born to a Turkish family who didn’t like travelling that much, I always had to put in an extra effort to see places. As I traveled to 19 countries in Europe and Asia, I finally realized that I had the disease called “wanderlust”, unlike my parents. In July 2017, I moved to Cape Town-South Africa to pursue a master’s degree at the University of Cape Town. My current goal is to explore every bit of this astounding country as well as the rest of Africa.