Ceremonies from Eswatini that Will Make You Travel Back in Time

The average duration of tourists staying in Eswatini (formerly known as Swaziland) was estimated to be 1.3 days. This is due to the fact that many travelers use it as a passage to travel between the bigger and more touristic African countries. We can’t really blame them as the size of the country is smaller than some major cities. As a result, the rural life of Eswatini still remains somehow unexposed. Nevertheless, the dance ceremonies and traditions of Eswatini are quite unique and quirky that they will make you wonder if time travel is possible. Here are some examples that even people from other African countries probably didn’t know about.

Imagine a country where a king gets to choose his wives (yes, plural) during a ceremony where thousands of virgin women dance naked.
The tradition emerged in 1941 and was introduced by Sobhuza II, the king of Swaziland. The eight days long festival takes place in Ludzidzini Royal Village where the Queen Mother’s royal residence is located. During the first half of the event, women collect reeds from the surrounding areas and bring them back to the royal residence. The reed is to be used in repairing holes in the windscreen surrounding the village and many other maintenance purposes. During the second half, women dress up in their traditional costumes which expose many parts of their bodies including the breasts. They also carry bush knives around their neck as a symbol of their virginity (which is usually checked before the event). Then, they parade in front of the royal family while singing and dancing. Even the King’s daughters can participate if they wish to.
The recent king Mswati III has even picked his 14th wife who was a 19 year old girl among the 40,000 maidens dancing in the ceremony.
The nudity in the ceremony had led to controversies as some people tried to upload the videos from the ceremony on Youtube who put age restrictions on them.

Although not as striking and controversial as Umhlanga, the annual Incwala festival is the most important event of the year for Eswatini. The festival traditionally celebrated for hundreds of years is simply a way of welcoming summer and celebrating the kingship. It takes place between the last week of December and the first week of January.
The festival is divided into parts of preparation and the main event. During the first day, young males take off from Engabezweni Royal Residence and march for 50 km. During the march, they cut branches from an indigenous shrub called Lusekwane which they consider to be sacred. The next day, they take the branches to a cattle byre where they are taken to be placed on the walls of the King’s private sanctuary. On the third day, the boys cut branches from a red bush called Imbondvo, which they add onto the Lusekwane. In the afternoon, they chase and overpower a bull after it is released. The fourth day is called the main day where the young boys perform ritualistic dances in the cattle byre as the king appears in his war costume and joins the dance. For the remainder of the festival he retreats in his great hut as the rituals continue around giant fires in which the branches are burnt.
Although tourists are welcomed to witness the event, taking pictures of certain areas such as the King’s sanctuary is prohibited. 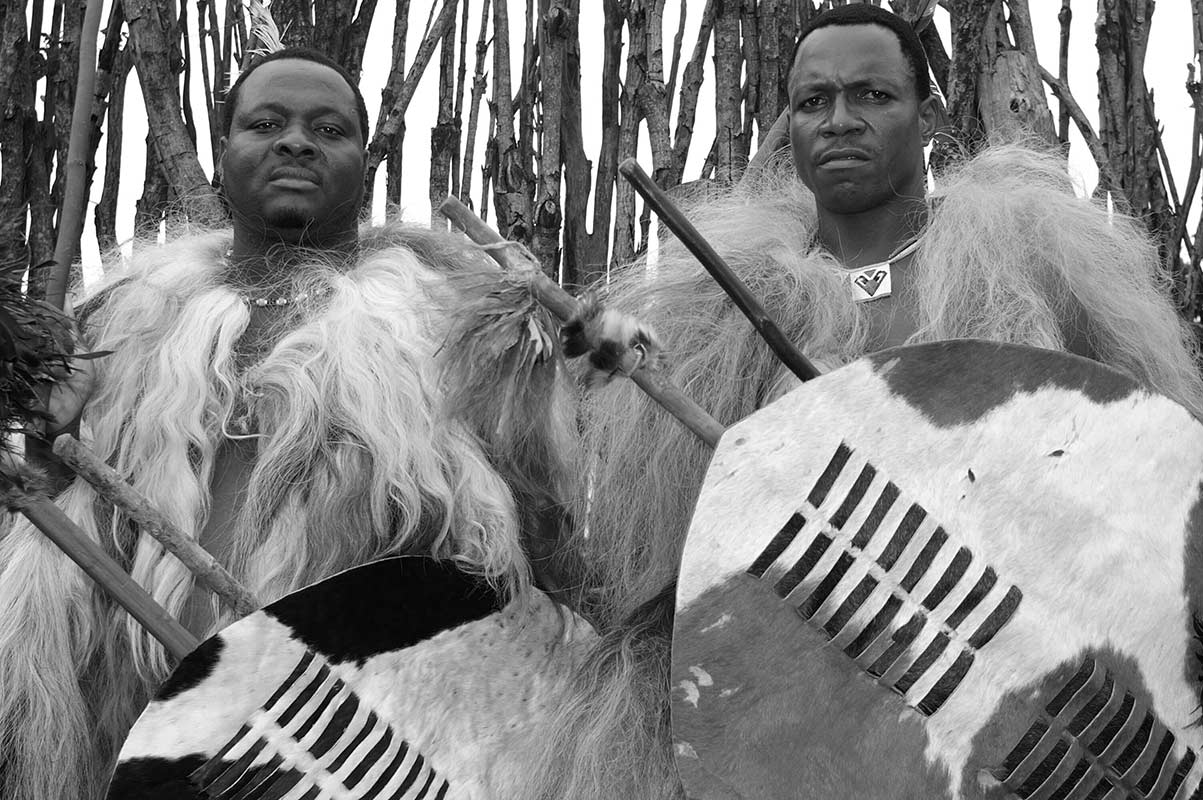 Sibhaca is a traditional Swati dance in which the main movement is the rhythmic stomping of feet. It is an important part of Swazi culture, so it is usually performed on many occasions including the celebration of the King’s birthday. It is even taught at primary school by professionals who strive to raise performers for the National Team of dancers.
The dance is sometimes performed among several teams in the form of a competition. There would even be a team of judges assessing each performance.
The dance costumes consist of colorful quilts and mohair fabric. 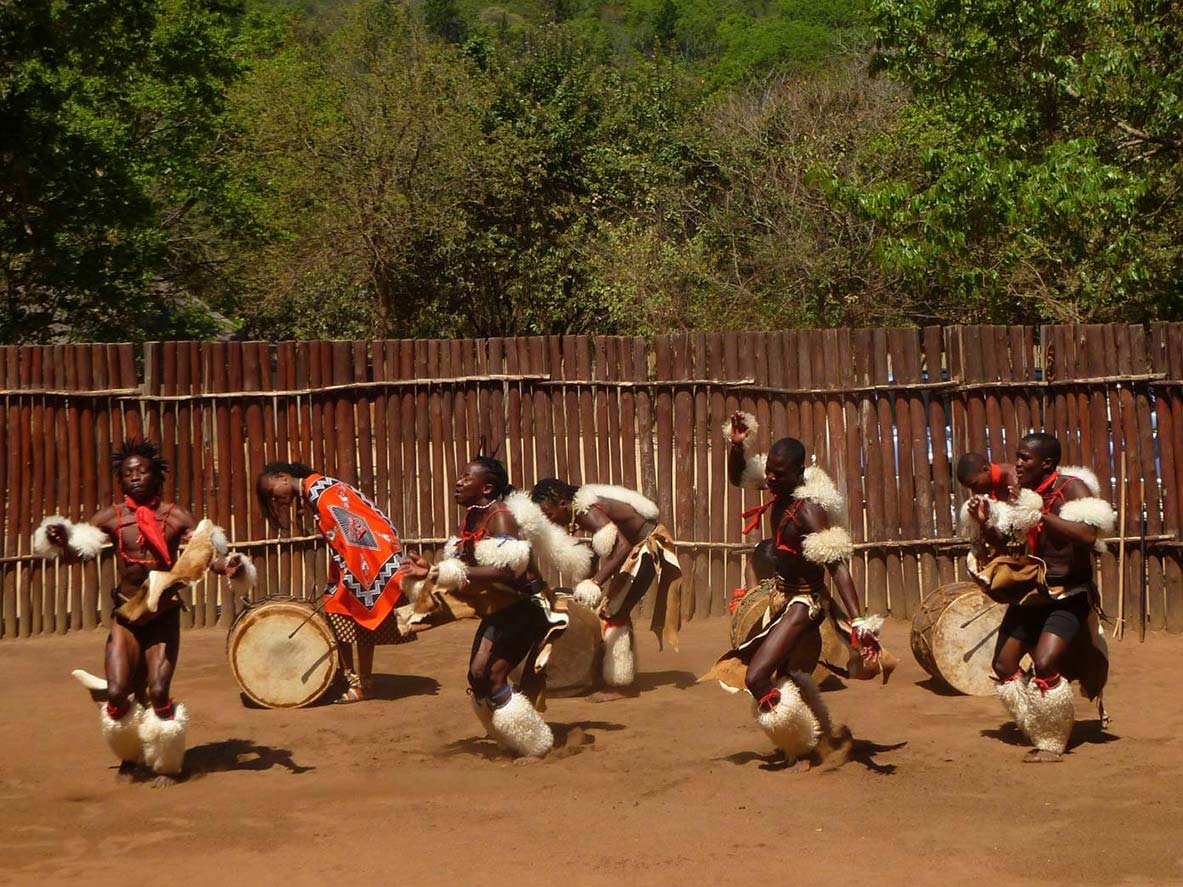 In Swazi culture, a Sangoma is defined as a diviner whose mission is to identify misfortunes and diseases in a community and take actions to expel them. A sangoma is usually identified in their childhood through the meaningful dreams or “visions” that they experience. Usually, there are more female sangomas than the male ones.
Once identified in their childhood, the sangomas are registered at special training centers where seniors educate them to perform practices, make herbal potions and perform rituals. After a length of one or two years of education, there is usually a graduation ceremony and a dance performance. Upon the ceremony, they become fully qualified.
The most remarkable skill a sangoma learns is “Ematsambo, Throwing of Bones”, in which they diagnose the illness by throwing a set of small bones on a special mat. 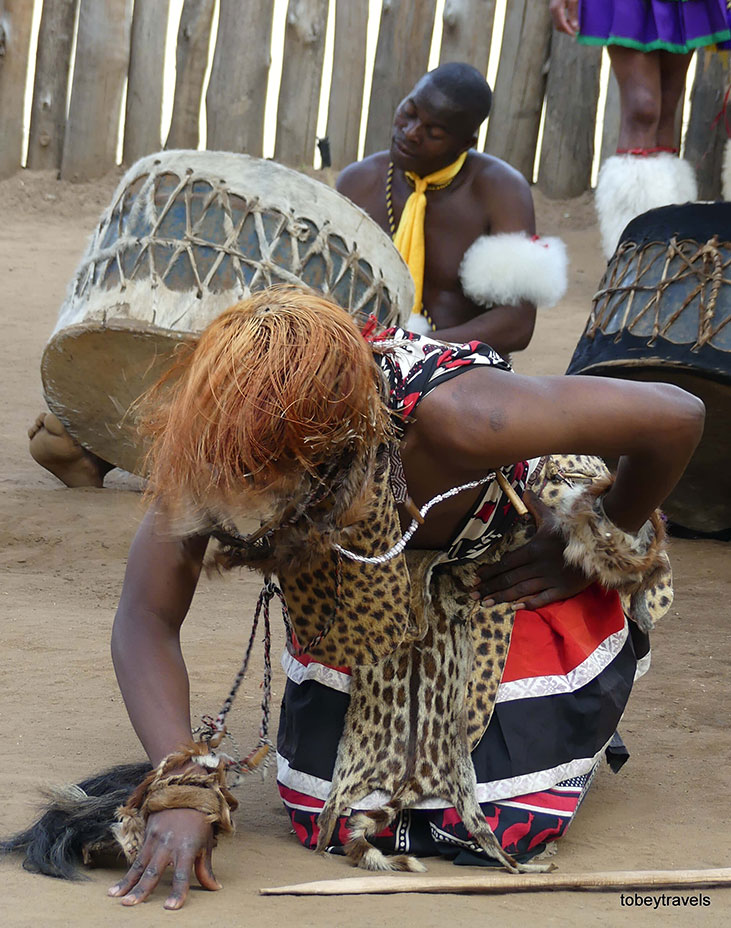 The kingdom of Eswatini has a famous beer called Buganu, also called the Marula beer which is believed to stimulate libido. In a world where alcohol isn’t necessarily famous for boosting sexual desire, Marula is considered to be a sacred fruit in Eswatini for obvious reasons.
Marula is a greenish yellow fruit that is harvested between February and May, followed by addition of sugar and fermentation into a beer. The annual Marula Festival is celebrated during these months.
Marula fruit and its beer are known to have many therapeutic properties such as skin care, boost of immune system and increase in sexual desire above all. So, the Swazi people celebrate the harvest of Marula as a gift of fertility from Mother Nature. The brewers of the beer present their gratuity towards Mother Nature through various dance ceremonies. Throughout the festival, the King and the Queen Mother are presented with gifts while they ensure the widespread distribution of Marula beer among households throughout the country. 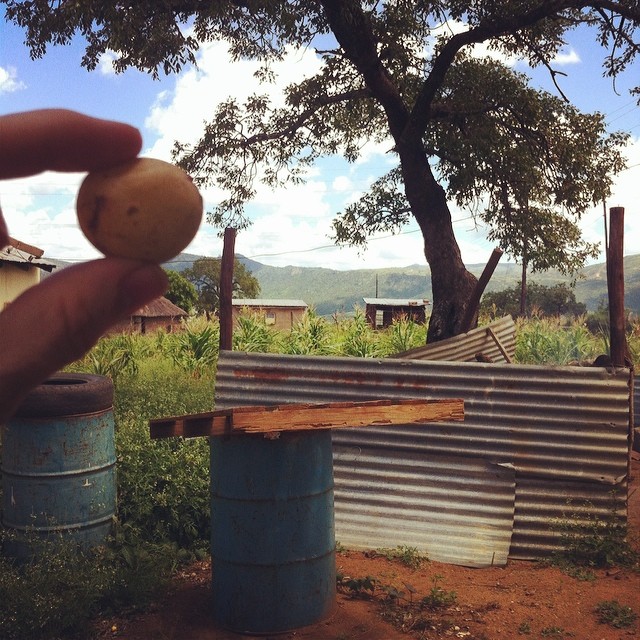